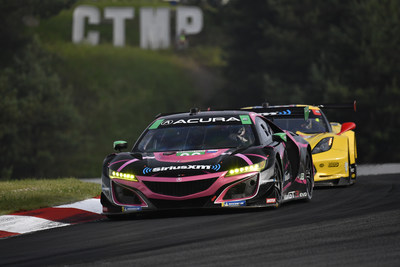 Meyer Shank Racing Acura NSX GT3 Evo
Starting third in GTD, Hindman and Farnbacher’s second-place performance today is their third podium result in five championship rounds this season, including a class win for the pair last weekend at Watkins Glen International Raceway and a second-place finish at the Mid-Ohio Sports Car Course in May. The pair now holds a 19-point lead in the GTD Drivers’ Championship standings, with 151 points to 132 for rivals Townsend Bell and Franck Montecalvo.

In the second MSR Acura, Katherine Legge and co-driver Bia Figueiredo started fourth and ran fifth throughout most of the two-hour, 40-minute contest, but lost one position following a late-race restart to end the day sixth in GTD.

Today’s results also saw Acura leapfrog Lamborghini to assume the GTD Manufacturers’ Championship lead for the first time this season.  After five of 10 races, Acura now has 152 points to 149 for Lexus and 148 for Lamborghini.  Ferrari and BMW are next, tied with 135 points.

Acura Team Penske ARX-05
In DPi, Cameron and starting driver Montoya also increased their Drivers’ Championship advantage with a third-place run in their Acura ARX-05 prototype, and now have 207 points each after seven of 10 championship races. Second-ranked Felipe Nasr and Pipo Derani now have 204 points apiece after finishing fourth.

Meanwhile, with a fifth-place result today, Acura Team Penske’s Helio Castroneves and Ricky Taylor remain a solid third in the drivers’ title fight with 198 points, 10 points ahead of their nearest rivals.

Today’s results also enabled Acura to increase its lead in the DPi Manufacturers’ Championship, with 230 points to 227 for Cadillac, 216 for Mazda and 202 for Nissan.

Next
After consecutive races for all three WeatherTech SportsCar Championship classes at Canadian Tire Motorsports Park and Watkins Glen, the series next runs one of two GT class-only races, the July 20 Northeast Grand Prix at the tight, fast, Lime Rock Park road course in Lakeville, Connecticut.

Quotes
Mario Farnbacher (#86 Meyer Shank Racing Acura NSX GT3) started third, finished second; third consecutive podium finish this season; leads the GTD drivers’ championship with co-driver Trent Hindman: “We are thinking long term – the championship. The Acura was incredibly strong today. Our goal was to earn points and we did that. Trent [Hindman, starting driver] did a great job, as well. Today was a result that is beneficial to our long-term plans. It is super important to finish the race and be consistent. I’m really proud of the guys who worked so hard, as always, to bring us to another podium.”

Dane Cameron (#6 Acura Team Penske ARX-05 prototype) started third, finished third; fifth consecutive podium finish of 2019; leads DPi Drivers’ Championship with co-driver Juan Pablo Montoya: “It was an okay day, really.  I’m very proud of where we’re at as a team at the moment.  Everyone is executing, I think we’re firing on all cylinders, which is what you want when it comes to this part of the season.  We extended our [championship] points lead, which is the name of the game when you come here.  At the end of the year, every point counts.  I’m really happy with our Acura race car, and really happy with our team effort.  It’s been a tough stretch [of consecutive races] for the guys the past couple of weeks, so I’m really grateful for everyone’s efforts.  The next few tracks [on the schedule] should be pretty good for us. It’s time to make every one count.”

Ted Klaus (President, Honda Performance Development): on today’s podium results, and championship leads for Acura in both DPi and GTD: “Both Acura Team Penske and Meyer Shank Racing were able to challenge for the lead late in the race, and finish ahead of their key competitors in the championship chase. The good news is that we now lead the manufacturer and driver championships in both categories, and we are reaping the rewards of everyone’s years of hard work on both our DPi and GTD programs. As we enter the latter part of the season, we’re sure that everyone will stay focused, and put forth maximum effort toward earning those respective championships. Certainly, our best wishes go out to Victor [Franzoni, Juncos Racing driver who crashed heavily late in the race], and we hope to see him at the next race at Road America.” 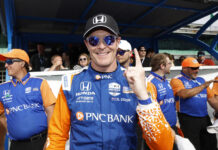 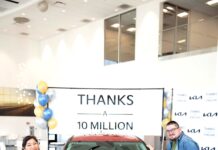