State’s K-12 schools can qualify for up to $4,000 in funding for health and wellness programs


SAN FRANCISCO, May 13, 2015 /PRNewswire-HISPANIC PR WIRE/ — Spring 2015 Fuel Up to Play 60 (FUTP 60) grant funding applications are now open to California K-12 schools interested in supporting health and wellness initiatives. Applications will be accepted now through June 16, 2015 for the FUTP 60 national in-school nutrition and physical-activity program activated in California by the California Milk Advisory Board (CMAB) on behalf of the state’s more than 1,450 California dairy families.

“California dairy families are deeply committed to supporting kids in local communities and have allocated up to $100,000 in funds to help improve student wellness during this program cycle. We’re excited to see how schools can bring healthy eating and physical activity programs to life to help kids create healthy habits for life,” said Jennifer Giambroni, Director of Communications for the CMAB.

Qualifying California schools participating in FUTP 60 are eligible for up to $4,000 during the school year. Funding eligibility for the 2015-2016 school year is held through a competitive program designed to support schools that implement plays from the 2015-2016 edition of the Fuel Up to Play 60 Playbook. The FUTP 60 Playbook is an online resource available to help educate students on ways to eat healthier and promote physical activity during the day. Example plays include the Farm to School play that teaches healthy eating choices, allowing participants to team-up with those in their school and community to learn more about the benefits of eating fresh dairy and farm-raised foods; and Ramping Up Recess – a program designed to make recess better for students that involves moving recess to before lunch.

During the fall 2014 campaign drive, the CMAB helped to award 18 schools and 3 school districts with $100,000 in grants on behalf of CMAB and other stakeholders, including $30,000 in “Hometown Grants” from California’s three NFL teams to Santa Clara Unified, Oakland Unified and South Bay Union School Districts.

For more information on Fuel Up to Play 60, the spring grant deadline and to sign up an eligible school, visit FuelUpToPlay60.com.

About Fuel Up to Play 60
Fuel Up to Play 60 is an in-school nutrition and physical activity program launched by National Football League (NFL) and National Dairy Council (NDC), which was founded by America’s dairy farmers, in collaboration with the U.S. Department of Agriculture (USDA). The program encourages youth to consume nutrient-rich foods (low-fat and fat-free dairy, fruits, vegetables and whole grains) and achieve at least 60 minutes of physical activity every day. As a result of the program, last year 14 million students made better food choices by selecting nutritious options like low-fat and fat-free dairy products, fruits, vegetables and whole grains. Additionally, 14 million students are getting more physically active during the school day.

Fuel Up to Play 60 is designed to engage and empower youth to take action for their own health by implementing long-term, positive changes for themselves and their schools. Customizable and non-prescriptive program components are grounded in research with youth, including tools and resources, in-school promotional materials, a website and student contests. Fuel Up to Play 60 is further supported by several health and nutrition organizations: Action for Healthy Kids, American Academy of Family Physicians, American Academy of Pediatrics, Academy of Nutrition and Dietetics Association/Foundation, National Hispanic Medical Association, National Medical Association and School Nutrition Association. Visit FuelUpToPlay60.com to learn more. 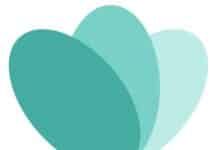 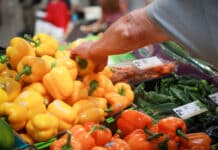 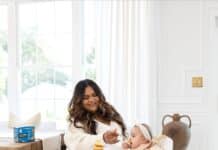 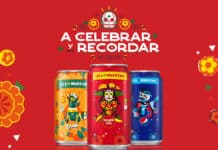