In 2015, Aeromexico flew the first transcontinental flight in the history of aviation with only female pilots and flight attendants, from Mexico City to Shanghai. Consequently, and as part of its celebration of International Women’s Day this year, the carrier confirmed its commitment for the second year in a row by operating flights with only female crews to the four cardinal points including domestic and international destinations, such as Guatemala, Houston, Lima, Madrid, Monterrey, Montreal, New York, Puerto Vallarta, and Tokyo. The airplanes used to operate these flights include Embraer 190, B737, B777 models, and the B787 Dreamliner.

The carrier thus contributes to global efforts to break down myths and prejudices about women in aviation, as the female role continues to become increasingly relevant on an international level.

Aeromexico’s Executive Director of Talent and Institutional Relations Sergio Allard said, “The role women play in our company, definitely contributes to the carrier positioning itself as Mexico’s global airline as it continues to put Mexico’s name on high across the globe.”

The carrier is using the #MujeresVuelanAlto hashtag in honor of the power, influence and relevance women play in each of the airline’s actions, achievements, and plans, and as an expression of its appreciation for the support and commitment of its female employees.

Grupo Aeromexico, S.A.B. de C.V. is a holding company whose subsidiaries are engaged in commercial aviation in Mexico and the promotion of passenger loyalty programs. Aeromexico, Mexico’s global airline, operates more than 600 daily flights and its main hub is in Terminal 2 at the Mexico City International Airport. Its destinations network features more than 80 cities on three continents, including 46 destinations in Mexico, 16 in the United States, 16 in Latin America, four in Europe, three in Canada and two in Asia.

As a founding member of SkyTeam, Aeromexico offers customers more than 1,000 destinations in 179 countries served by the 20 SkyTeam airline partners rewarding passengers with benefits including access to 636 premium airport lounges around the world. Aeromexico also offers travel on its codeshare partner flights with Delta Air Lines, Alaska Airlines, Avianca, Copa Airlines and Westjet with extensive connectivity in countries like the United States, Brazil, Canada, Chile, Colombia and Peru. www.aeromexico.com www.skyteam.com 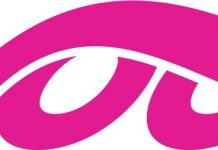 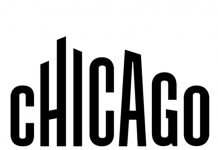 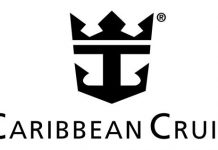 2021 Toyota Corolla Apex Edition Aims for the Curves in Bold...