The media outlet has been operating in its beta version since the first week of December 2015. Although Miami-based, the platform has a large list of correspondents within the US, Latin America, Spain and Middle East. HispanoPost will provide immediate and reliable access to a broad-based digital audience, concerned about what is happening not only locally but also globally.

“Our main objective is to satisfy the increasing need between the digital audience that understands news throughout the multi-device platform, the quality content and video streaming. HispanoPost will cover information and stories that are not covered by the conventional media. HispanoPost will not be limited to the breaking news formula going beyond the daily current affairs. Drug trafficking, political corruption or immigration issues are an example of the documentaries and features we offer,” says Manuel Aguilera, CEO of HispanoPost.

At HispanoPost, the video becomes the backbone of the digital platform and sets the production of monthly news documentaries as the key goal. For this purpose, the streaming format, the use of drones and the investigative and citizen journalism, will be the main resources that can be found in the mobile application.

According to Aguilera, “HispanoPost is suited to the radical transformation that the media is experimenting in terms of audiences, immediacy and platform offering. HispanoPost is connecting exclusively with an entire generation by combining storytelling with a mobile video platform, making a link between digital users and mobile video viewers.”

Offering more than any other Spanish-language online media, HispanoPost is designed to provide the best original stories, documentaries and reports striking exclusives and high-quality content, without putting aside the political scenario, economy, sports and society, particularly to what is happening in the US, Latin America and Spain.

A big network of experienced journalists, multimedia reporters and native on new technologies are one of the main of the strengths at HispanoPost. Spanish Journalist Manuel Aguilera, former Director of Spanish-language newspapers El Mundo.es/America, Univisión.com and Diario las Américas, leads this engaging editorial project. By his side stand Mark Wieting, Chief Editor of Hispanopost.com and Juan Pablo Herranz, Business Development Director of HispanoPost Media Group, among a large net of worldwide correspondents willing to report ” the other side of news.” 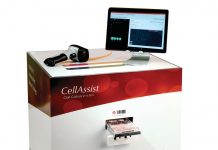