BROOKLYN, New York, Sept. 12, 2018 /PRNewswire-HISPANIC PR WIRE/ — HITN, the leading Spanish-language network that offers educational and entertainment content to more than 44 million households across the United States, announced the network premiere of Season Two of ‘Centro Médico‘ starting on September 17th.  The first season of the program, which airs as part of HITN’s “Vida y Salud” block, will be presented in a marathon session that starts at 9:00 a.m. ET / 6:00 a.m. PT, on September 15th. 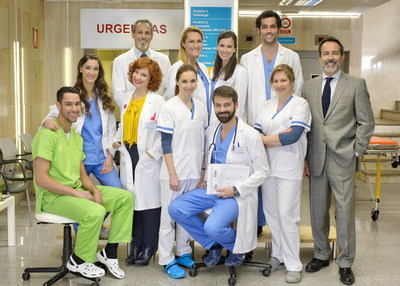 “Since its launch, our health and wellbeing block has met with great popularity among our audience, demonstrating the need for programming designed to inform the public about health topics, particularly those that reflect the interests and concerns of the Spanish-speaking community in the U.S.,” remarked Guillermo Sierra, Managing Director for Television and Digital Services at HITN.

‘Centro Médico’ is a docudrama set in a hospital that recreates medical cases and provides simple to understand medical explanations to issues that are relevant to the network’s audience. Viewers are entertained with dramatizations of common medical issues while also receiving valuable information about different conditions, diagnoses and treatments. Season One of ‘Centro Médico’ was a hit for HITN; based on Nielsen figures, the network’s viewership increased by more than 154% in the last year during the show’s timeslot, making it one of HITN’s five most-watched programs.

“Centro Médico‘ offers a unique approach to health topics,” said Erika Vogt-Lowell, Director of Programming and Acquisitions at HITN. “The widespread acceptance and viewership it has received on our network demonstrate a preference among Spanish-speakers for our high-quality content focused on health care. The show has an appealing format that both informs and entertains while peaking viewers’ curiosity about topics important to the health and wellbeing of Hispanic families.”

Starting Saturday, September 15th, HITN will air 32 hours of first season of ‘Centro Medico.‘ During the show’s marathon, viewers will be presented with clues to enter a contest to win a trip to Madrid, Spain to meet cast and crew of the hit program.