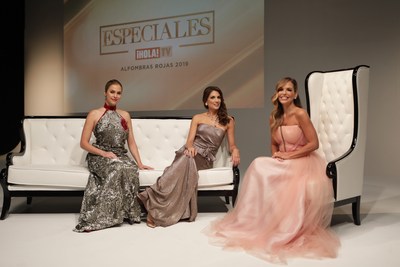 The addition of ¡HOLA! TV -the leading source of royalty, celebrity, fashion and lifestyle news- to FiOs TV reinforces the American giant’s Spanish-language content, while ¡HOLA! TV expands its presence in one of its target markets ̶ the U.S. Hispanic market and, specifically, in large hubs such as New York, Boston, Maryland, Northern Virginia and Washington.

For Marcos Pérez, CEO & General Manager of ¡HOLA! TV in Miami, “this agreement makes ¡HOLA! TV bigger in the competitive U.S. market, where the Spanish-speaking audience is becoming more and more important”. And he expressed his satisfaction, saying “it highlights the fact that we are the leading source on topics such as royalty, as well as in broad coverage of celebrity-related events, cinema and fashion, in a market”.

The ¡HOLA! TV signal is now available on channel 1579 of the TV Mundo and Mundo Total packages, as well as on FiOs TV’s Paquete en Español.

With this addition, Atresmedia Internacional now includes a new channel in the American company’s offerings, where Antena 3 Internacional is already present since 2013.

About ¡HOLA! TV
¡HOLA! TV is a joint venture between ATRESMEDIA TELEVISION, Spain’s leading media conglomerate company, and ¡HOLA! Magazine, the most respected and exclusive source for news on celebrity, royals, and the elite around the world. Founded in 1944 in Barcelona, ¡HOLA! Magazine boasts 31 editions reaching over 120 countries around the world, and a weekly readership of 20 million worldwide. ¡HOLA! TV programming features the best of ¡HOLA! Magazine reimagined for television, with news, exclusives and special content that mirrors the philosophy and style of the ¡HOLA! brand and  prides itself in delivering entertainment with elegance and respect. Coverage includes exclusive access to human interest stories, celebrity and lifestyle-driven programs, and a special focus on news and lifestyles of the royals and the elite around the world. ¡HOLA! TV is headquartered in Miami, Florida, where it also produces daily and weekly original shows.  Other weekly original shows are produced by ¡HOLA! MEDIA and ATRESMEDIA TELEVISION, studios in Madrid, Spain. 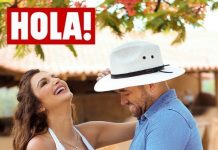