AUSTIN, Texas, Sept. 26, 2017 /PRNewswire-HISPANIC PR WIRE/ — Honda is returning to Austin City Limits Music Festival for its 9th year as a sponsor with some of ACL Fest’s most highly anticipated acts on the Honda Stage, the Honda x Waterloo Records Artist Signing Stage, a special collaboration with pop artists DABSMYLA and their custom-designed Civic Hatchback, as well as the return of the “Hail-A-Honda” rideshare service providing complimentary rides to ACL Fest attendees. 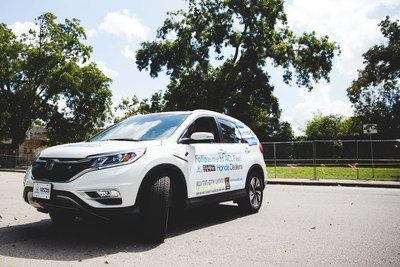 The Honda Stage returns to ACL Fest for 2017 with some of today’s most popular artists including headliners Chance The Rapper, The xx and Gorillaz, along with artists such as Run The Jewels, Cut Copy, Glass Animals, and The Revivalists. The full Honda Stage line-up is available at http://aclfestival.com/schedule.

“Honda’s deep investment in music forges a connection with fans across the country through festivals and live events like ACL that serve as the core of our Honda Stage music platform,” said Alicia Jones, Manager, Honda National Advertising. “As part of our activation this year, we are showing off the all-new 2017 Civic Type R, the fastest, most powerful Honda and the first-ever Honda Type R model to be sold in America.”

Honda and the Central Texas Honda Dealers have teamed up with Ride Austin, Austin’s nonprofit rideshare, for the second consecutive year to bring the “Hail-A-Honda” rideshare service for the Austin City Limits Music Festival. Hail-A-Honda will provide attendees complimentary rides to the music festival over its two weekends (Oct. 6 –8 and 13 –15) from 11am to 5pm daily. Fans headed to the festival can access their free rides in ACL Fest-wrapped 2017 Honda CR-V sport utility vehicles via the Ride Austin app through the “Honda” vehicle class button. Cars accommodate up to four passengers, and riders will also receive a free bandana and ACL Fest chilled water during their free ride.

Australian husband-and-wife visual artists, DABSMYLA, known for their whimsical pop art and diverse projects such as cartoon murals, have collaborated with Honda for this year’s music festival season by bringing their customized Civic Hatchback to Austin City Limits Music Festival. The DABSMYLA Civic Hatch will be on display at the Honda x Waterloo Records Artist Signing Stage and is inspired by the artists’ shared love of life, friends and live music, with each design element carrying its own meaning. The instruments painted on the Civic Hatchback represent a deep love and appreciation of music with the lightning bolt representing the energy of live music, and the smile reminding fans of the good times they have had while experiencing live music.

“We are thrilled that this collaboration with Honda let us bring our musical inspiration to life – the energy that comes along with music at festivals is what we wanted to shine through our design. We wanted to be able to capture the love and positivity that people are feeling as they listen to their favorite songs in a live setting, like at ACL Fest,” said Dabs and Myla.

Honda and the Austin born and raised Waterloo Records have joined forces to provide a unique experience integrating festivalgoers’ love for music and automobiles. In addition to showcasing the 2017 Civic Hatchback and Civic Type R, ACL Fest artists will be stopping by to autograph albums purchased at the Waterloo Pop-Up Record Store next to the “Honda x Waterloo Records Artist Signing Stage.” Fans can also check out the DABSMYLA 2017 Honda Civic Hatchback collaboration on display at the stage over both weekends.

Music festivals and live events are at the heart of Honda’s deep involvement with music, which includes over 16 years presenting the Honda Civic Tour, as well as partnering with premier U.S. music festivals. Honda celebrates nine years at Austin City Limits Music Festival, on the heels of the brand’s fourth year and sixth year, respectively, in bringing the Honda Stage and top music talent, along with a curated concert going experience, to Music Midtown and Governors Ball, featuring performances by Childish Gambino, Flume, Tove Lo, Wiz Khalifa, Phantogram and more in 2017. Agency Marketing Factory has been producing Honda’s festival campaign since 2009.

NO PURCHASE NECESSARY. Must be Texas resident/18+. Visit www.HondaACLFest.com for complete terms and details.

Building on its deep foundation of bringing music to fans, American Honda has created Honda Stage, a unique combination of exclusive online content as well as live events including the Honda Civic Tour and premier music festival partnerships with Austin City Limits Music Festival, Music Midtown and Governors Ball. Honda brought together an unprecedented group including iHeartMedia, UPROXX Media, YouTube and Vevo to produce and distribute some of the best original, high-quality music content available. With Honda Stage, music fans have access to custom live and online music programming and performances, behind-the-scenes content, artist interviews and more. (For more go to www.YouTube.com/HondaStage)

Honda offers a full line of reliable, fuel-efficient and fun-to-drive vehicles with advanced safety technologies sold through over 1,000 independent U.S. Honda dealers. The Honda lineup includes the Fit, Civic, Accord and Clarity Fuel Cell passenger cars, along with the HR-V, CR-V and Pilot sport/utility vehicles, the Ridgeline pickup and the Odyssey minivan.

Launched in 2002 and inspired by the long-running PBS show, Austin City Limits, The Austin City Limits Music Festival has grown into a two-weekend experience, featuring over 110 world-renowned and up-and-coming acts on 8 stages in Austin’s crown jewel Zilker Park. The festival, now among the largest and most recognized in the country, hosts 75,000 music lovers per day from Austin and around the globe. Its diverse lineup spans pop, rock, folk, alt-country, blues, gospel, R&B and EDM.

Honda has always been a major force in the automotive market, and the Central Texas Honda Dealers are no different. We want to be more than a major automotive force. We want to give every customer the ultimate car buying experience in Central Texas. That’s why we established a collaborative force in nine cities and four markets. The Result- A great customer experience at all seven dealerships with a full line of reliable, fuel-efficient and fun-to-drive vehicles that have advanced safety technologies. The Honda lineup includes the Fit, Civic, Accord and Clarity Fuel Cell passenger cars, along with the HR-V, CR-V and Pilot sport/utility vehicles, the Ridgeline pickup and the Odyssey minivan.

Waterloo Records is one of Austin’s legendary indie record stores and has been serving our loyal customers for over 35 years. The ideas that served us so well in the beginning, have never changed. A knowledgeable staff, an emphasis on customer service and great live performances are what Waterloo Records is, has been, and will always be about. Add to that an extensive selection of music spanning all styles, a special propensity for Texas artists, and a store and signing booth at Austin’s landmark ACL festival for 16 years, then it becomes readily apparent what Austin’s music lovers have been shouting about.

RideAustin is the world’s only nonprofit rideshare company, serving the Austin community with competitively priced rideshare services. RideAustin was founded to provide hyperlocal services, pay drivers a fair wage, do things differently, and give back on the community.  Since our inception in June 2016, RideAustin has grown to be a community asset in Central Texas. Our unique “Round Up” feature allows riders to donate a percentage of their fare to local charities. Through this feature, RideAustin has raised over $250,000 for 60 local nonprofits including Austin Music Foundation, Central Texas Foodbank, AIDS Services of Austin and many more in our first year of operation. In addition, we are working with other local nonprofits to offer free or subsidized rides to constituent groups in need of reliable, affordable transportation. To learn more about our organization please visit www.rideaustin.com.

Australian husband-and-wife visual artists, DABSMYLA, employ a shared design language that dictates subject matter, positioning, color theory and perspective. With this established framework and unspoken set of rules- strengthened by over a decade of working together simultaneously – their singular goal is to tell an expansive story that is wholly unique to their own experiences. DABSMYLA enhance their works with immersive environments that enhance the sense of whimsy and grandeur contained inside paintings, mixed media and sculpture. This milieu isn’t simply adornment, but rather the tangible foundation for which everything else stands upon.

Marketing Factory is an award-winning ad agency that makes music work for brands. The Venice, California-based company captures the imagination and mindshare of audiences, powering strategy and execution behind groundbreaking lifestyle campaigns. 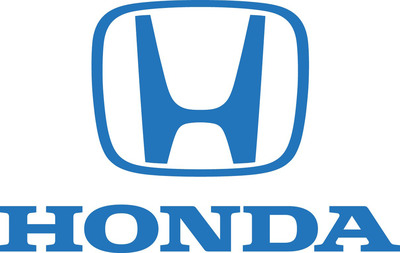