The extension with U.S. Soccer includes U.S. Men’s, Women’s and Youth National Teams. The partnership will provide Johnson & Johnson with the opportunity to support the U.S. National Teams through the 2018 World Cup, the 2019 Women’s World Cup, and a wide variety of games and tournaments at every age level.

Johnson & Johnson Consumer Inc. is inclusive of some of the world’s most beloved brands that are included in this partnership, including: BAND-AID® Brand, BENADRYL®, BENGAY®, COACH®, COMPEED®, LISTERINE®, MOTRIN®, NEUTROGENA®, NEOSPORIN®, RHINOCORT®, TYLENOL®, VISINE® and ZYRTEC®. Brands will be featured in field level signage at matches played in the U.S. and will integrate the official sponsorship into their marketing plans, including advertising, retail, grassroots, PR and digital.

Johnson & Johnson will also utilize this strategic partnership to build awareness of the Johnson & Johnson Donate a Photo app, where people can download the app to connect with causes that they care about and other key platforms and partners.

“We are extending this successful collaboration with the fastest growing sport in America through the United States Soccer Federation and Major League Soccer,” said Maria Eduarda Kertesz, President, U.S. HealthE.  “Through this opportunity, we will bring new occasions for our family of brands to connect to a diverse group of consumers through a significant passion point.” 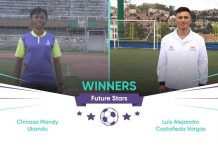