LOS ANGELES, Jan. 16, 2020 /PRNewswire-HISPANIC PR WIRE/ — The book Revolución was created by Jorge Pacheco. Jorge Pacheco is an author who works as a tailor in the department of Sonsonate, El Salvador. After moving to the United States in 1990, he worked as a maker of charro and mariachi costumes. He now works as a handyman. He is also a scriptwriter and poet. Jorge Pacheco said this about his book: “This is only an experience of more than five million that could be counted on the revolution in the small country of El Salvador, Central America, because each of its inhabitants has its own history. There were more than twelve years of declared war without counting; a few more kidnappings of businessmen, politicians, and upper-class people; a town that had to get used to vandalism (burning buses, demolitions of power towers, water cuts for several days, not counting the assassination of Bishop Romero, etc.).

Murders by the ‘death squads’ and a long list of events mostly affected, as always, the working class.

The revolution in El Salvador was full of sacrifices and more for children and the elderly. It was unbearable to see how many children were mutilated by land mines and people who were taken from their homes at night accused of belonging to some guerrilla side without even an investigate, and then they appeared lying on the streets like dogs with a shot in the head. Hundreds disappeared; and to top it off, the earthquake of October 10, 1986, happened.

More than twelve years of terror, anguish, and suffering we had to live. For many, there was no other option but to leave the country.”

Published by Page Publishing, Jorge Pacheco’s new book Revolución will reveal the frailty of people in war-torn places as they toil to survive and make sacrifices for the sake of their loved ones and their country’s liberation.

Consumers who wish to witness the stirring real-life circumstances of a nation gripped by conflict and dissent can purchase Revolución in any bookstore, or online at Apple iTunes, Amazon.com, Google Play, or Barnes and Noble. 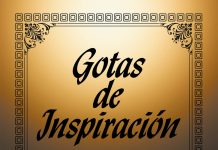 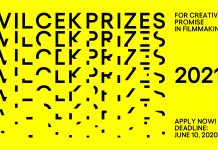