MIAMI, April 15, 2021 /PRNewswire-HISPANIC PR WIRE/ — Kanal D Drama presents the series “Amor en Blanco y Negro,” (Siyah Beyaz Aşk) exclusively and for the first time, for Hispanic viewers in the United States. Starting April 20, Kanal D Drama fans in the United States will be able to enjoy this passionate romantic drama. The series will be presented on Kanal D Drama Monday through Friday at 10:50 pm ET, 7:50 pm PT by Xfinity and Xfinity On Demand, and by Verizon FIOS TV Mundo and Mundo Total on channel 1586. Kanal D Drama followers will be able to watch the series’ first episode avant-premiere on April 19 via the channel’s official Facebook page. 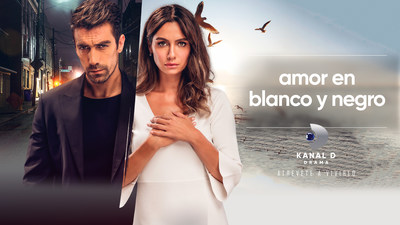 In “Amor en Blanco y Negro,” Birce Akalay plays Aslı Çinar, an idealistic young neurosurgeon, for whom saving lives is her greatest pride. Turkish actor İbrahim Çelikkol plays Ferhat Aslan, a criminal hitman who does dirty work for his uncle Namik, patriarch of the prestigious millionaire Emirham family. After many seemingly destined coincidences, their paths cross in the most unexpected way. Aslı is mistakenly kidnapped and forced to operate on a man that Ferhat had shot. This makes her a witness to his crime and to the criminal actions of Namik, a benefactor of the hospital where she works. Knowing that he has been discovered, Namik orders Ferhat to kill her. Not wanting to do so, Ferhat offers Aslı  two options: die or become his wife.

“It is a pleasure to present the super premiere of stories such as “Amor en Blanco y Negro“. Black and White Love, as it is recognized in English, has been one of the most commented Turkish series on social media in the U.S. and we are excited to bring this title to our Hispanic audience for the first time in their native language,” said Francheska León de la Barra, Marketing Director for Kanal D Drama in the U.S. and LatAm. She added, “We will continue betting on stories such as “Amor en Blanco y Negro,” series that will captivate female audiences with non-traditional but realistic plotlines, which deal with themes such as the precipitous nature of love and happiness through the questioning of failures, traumas, and one’s personal beliefs.”

This successful romantic drama was scripted by Sema Ergenekon and Eylem Canpolat and directed by Yasin Uslu, Emir Khalilzadeh, Altan Dönmez, and Orkun Çatak. The main roles are played by İbrahim Çelikkol and Birce Akalay. The series was produced by D Productions.

For more information on Kanal D Drama and its U.S. programming, visit: www.kanalddrama.com

About Thema America:
THEMA, a Canal+ group company, is a leading distributor of thematic and multicultural content on all platforms

for MVPDs (Multichannel Video Programming Distributors). It has a varied portfolio of more than 180 channels

worldwide. Its portfolio includes, among others, Kanal D Drama, in association with Kanal D International;

About Kanal D International:
Kanal D is the leading national TV channel of Turkey broadcasting under Demirören Media, Turkey’s leading and Europe’s fourth largest media organization, operating at television, newspaper, internet and magazine publishing and distribution industries. Kanal D is creating world class premium content as one of the top content providers in the world for 26 years. Kanal D International is the global distribution company of Kanal D, reaching to a wide profile of audience in more than 154 countries and territories, including Africa, Asia, the Balkans, Europe, Latam, Mena and the Far East, by providing award winning content including series and programs. 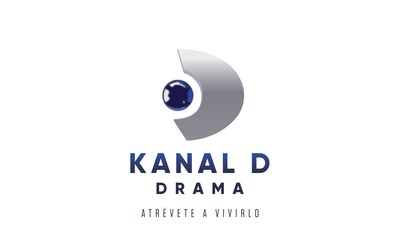