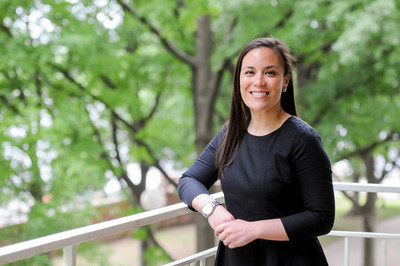 “Gina Ortiz Jones is running for Congress to give all residents of southwestern Texas a shot at a better future,” said AFGE District 10 National Vice President Cheryl Eliano. “Gina is a first-generation American who grew up in San Antonio and joined the Air Force after attending college on a military scholarship. She served in Iraq as an intelligence officer and has continued to serve her country as a civilian working in national security, intelligence, and defense in the 12 years following her active-duty service.”

“Gina Ortiz Jones values and supports the critical work that federal employees perform across this country every day, and as a member of Congress she will fight efforts to privatize federal jobs, shutter military bases, and slash funding for federal programs that taxpayers expect and deserve,” Eliano said.

Nearly 200,000 federal employees live in Texas – caring for veterans, supporting the military, guarding our borders, and getting Social Security recipients their benefits accurately and on time. There are about 86,500 active and retired federal employees in the 23rd Congressional District.

AFGE is the largest federal employee union in the country, representing 700,000 federal and D.C. government workers in all functions of government. District 10 represents nearly 80,000 employees in Louisiana, Mississippi, Texas, New Mexico, and Panama.