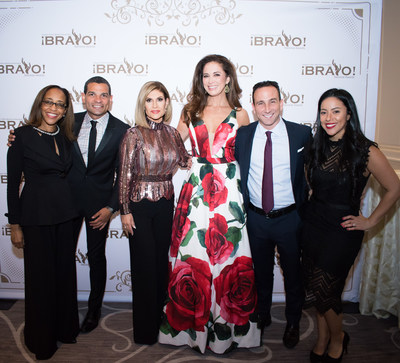 New this year, the annual HPRA National ¡Bravo! Awards announced its first HPRA Diversity & Inclusion Award, recognizing Lori George Billingsley, Chief Diversity and Inclusion Officer, The Coca-Cola Company, for her leadership in advancing representations from all consumer perspectives, including Hispanic and multicultural, within Corporate America. Additionally, Claudia Romo-Edelman, Founder of We Are All Human, is attributed with the HPRA President’s Award recognizing her accomplishments in championing diversity and inclusion among consumer audiences by advancing topics that build bridges.

States HPRA President Andy Checo, “Its an exciting time for businesses and consumers alike as diversity drives the marketplace and what public relations means for that. As we continue to lead the conversation that forms consumer opinion, HPRA is delighted to highlight and applaud some of the extraordinary people that are moving the cause forward.”

The HPRA National ¡Bravo! Awards counted on recognition for brands and the agencies representing them, that are delivering the most motivating and results-driven campaigns for the diverse Hispanic and multicultural market. New York-based Havas FORMULATIN, was named Agency of the Year for its progressive solutions to capture Hispanic audiences. Leading this year’s HPRA Pioneer of the Year Award was Mike Valdes-Fauli, President & CEO of cross-cultural agency, Pinta.

The 2019 National ¡Bravo! Award winners by category are:

Adds Checo, “As public relations and marketing for the Hispanic and multicultural consumers evolves, so has the talent, the brands and the agencies reaching them, and we honor additional campaigns that were a tough decision for our judges.”

The 2019 HPRA ¡Bravo! Awards were made possible thanks to the support of Moët Hennessy USA, Univision Communications, CCOM Group, Cision, Edelman, Havas Formulatin and Entercom.

Judges for the 2019 HPRA National ¡Bravo! Awards were comprised of senior public relations and marketing professionals across the agency, corporate, brand & academic levels.