– deadmau5 to perform live on the Honda Stage in New York on Nov. 11

– Concert event to be livestreamed on Honda Stage’s YouTube Channel at www.youtube.com/HondaStage


TORRANCE, California, Nov. 4, 2014 /PRNewswire-HISPANIC PR WIRE/ — Honda Stage and Live Nation have announced the second live show as part of their exclusive concert event series, taking place at iconic locations across the U.S. The next Honda Stage Live Nation concert event in the series will feature world-renowned electronic music producer, deadmau5, in celebration of his upcoming retrospective double-album 5 years of mau5. The free concert will take place on Nov. 11 at the Knockdown Center in Queens, New York, showcasing the all-new 2015 Honda Fit. Fans can tune in to the livestream of deadmau5’s performance on the Honda Stage Tuesday, Nov. 11 at 9:00 p.m. Eastern Time on the Honda Stage YouTube Channel: www.youtube.com/HondaStage.

To view the multimedia assets associated with this release, please click: http://www.multivu.com/players/English/7231531-honda-stage-music-news/

Debuting today and running up to the Nov. 11 performance is a set of webisodes where the acclaimed electronic producer pairs up with Honda-powered, three-time IndyCar Series race winner, James Hinchcliffe, who earlier this month signed a contract to drive for Schmidt/Peterson Motorsports during the 2015 Verizon IndyCar Series season. Throughout the series, airing exclusively on the Honda Stage YouTube Channel, electronic music and racing enthusiasts alike can follow deadmau5 and Hinchcliffe on their road to the Honda Stage, from the Indianapolis Motor Speedway – where Hinchcliffe qualified second for the 2014 Indianapolis 500 – to Putnam Park Road Course and finally, the Knockdown Center Honda Stage. Fans can also keep up with the latest event news via Honda Stage social media with exclusive information and images. The first webisode featuring deadmau5, Hinchcliffe and the Honda ‘Fastest Seat in Sports’ two-seater IndyCar at Indianapolis Motor Speedway, premieres on the Honda Stage YouTube Channel today Honda.us/deadmau5vsHinch1.

deadmau5 on the Honda Stage with Live Nation is free to a limited number of fans that registered at www.livenation.com/HondaStage. Fans can follow Honda Stage on Twitter and Instagram to enter to win tickets to the show through Nov. 4.

The Nov. 11 event featuring deadmau5 on the Honda Stage will begin at 9 p.m. Eastern Time. Fans in attendance will have the opportunity to enjoy sounds from the highly anticipated 5 years of mau5 album, which drops on Nov. 25. Additionally, attendees can engage in interactive experiences from partners including Tumblr and Pandora, and check out the all-new fun and fuel-efficient 2015 Honda Fit, which will be specially-wrapped for deadmau5 on the Honda Stage.

“We’re excited to bring deadmau5 on the Honda Stage,” said Jeremy Levine, SVP of Digital Sales, Live Nation. “Honda has shown a commitment to music as its marketing platform to bring unique experiences to fans—in person and online.”

Honda Stage is a unique 360-degree, multi-platform music program designed to meet music fans where they are already searching for and consuming music. This new music platform brings together an unprecedented group of entertainment and technology leaders, including Live Nation, to produce and distribute some of the best original, high-quality, music content available under the new Honda Stage name, through dozens of live events and exclusive online content.

Honda and Music
Honda has a deep history in music programming and music marketing through the development of engaging programs and sponsorships aimed at reaching music fans through their love of music. The Honda Civic Tour was created in 2001, and since its inception, 3.5 million fans have attended Civic Tour concert events and the program has become one of the nation’s most compelling, successful music concert tour franchises. Concert goers have had the chance to experience their favorite bands up-close-and personal, including live and interactive performances by Maroon 5, Linkin Park, blink-182, The Black Eyed Peas, Paramore, Incubus, Fall Out Boy and many more. Each year, the Honda Civic Tour’s headlining artist customizes a Civic vehicle for one lucky tour fan to win.

In 2009, Honda began partnering with the biggest and brightest music festivals across the U.S., including Sasquatch, Lollapalooza, Austin City Limits Music Festival and The Governors Ball in New York. The automaker’s festival activations have included a Honda-sponsored stage with performances by some of the festivals’ best artists, opportunities to win VIP tickets and Honda vehicles, interactive onsite vehicle displays and more. Honda’s music festival partnerships have become part of the Honda Stage music program which began with The Governors Ball in New York June 6-8, and continued through the summer at Music Midtown in Atlanta September 19-20 and triumphantly returned to Austin City Limits Music Festival the first two weekends in October.

Check back for more Honda Stage Press announcements throughout 2014 at http://honda.us/1kYuYVN

About Honda
Honda offers a complete lineup of cars and trucks through a network of more than 1,000 dealerships in the United States. In 2014, Honda celebrated its 20 millionth vehicle produced in the U.S., using domestic and globally sourced parts. Honda currently operates 16 major manufacturing facilities in North America, producing a wide range of Honda automobiles, all-terrain vehicles, power equipment products, engines and transmissions.

About deadmau5
Joel Zimmerman, more commonly known as deadmau5 (pronounced ‘dead mouse’), is one of the world’s most respected electronic music producers of modern times. Enjoying international chart success with his singles “Professional Griefers,”  “Sofi Needs A Ladder,” “Ghosts ‘n’ Stuff” and “I Remember,” he has also released five critically acclaimed albums: while(1<2),  > album title goes here <,  4×4=12, For Lack Of A Better Name and Random Album Title. The multiple JUNO Award-winning and Grammy®-nominated artist performed at the 54th Annual GRAMMY Awards as part of its first ever telecast performance highlighting electronic music. His ability to push the boundaries of his talent grows at an equal rate to his fan base, which counts almost nine million on his Facebook page. deadmau5 is also the #1 selling artist on online retailer Beatport.  A major touring act, he has headlined iTunes Music Festival, Lollapalooza, Outside Lands, Budweiser Made In America, Sonar, Virgin Mobile FreeFest, Coachella, Ultra Music Festival, HARD Day of the Dead, and Creamfields, and sold out Rogers Centre in Toronto and PETCO Park in San Diego, as well as multiple consecutive nights at legendary venues like the Roseland Ballroom in NYC and the Palladium in Los Angeles. Plans for a major world tour in 2015 are in now the works. He appeared on the cover of Rolling Stone (summer double issue, 2012), marking him as the first electronic artist to do so. www.live.deadmau5.com 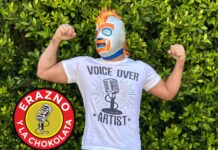