LOS ANGELES and MIAMI, June 4, 2021 /PRNewswire-HISPANIC PR WIRE/ — Farruko, one of Latin Urban music’s leading and globally acclaimed artists, will take the stage for the first time at Miami’s loanDepot park to help kick off the New Triller Live Concert Series on June 19th as part of an epic three-hour concert for Miami’s first “full open seating” event post-COVID, which will then be followed by a four-hour extravaganza mixing music and some of the biggest boxing matches in a show produced by the visionary producer of So You Think You Can Dance and American Idol. 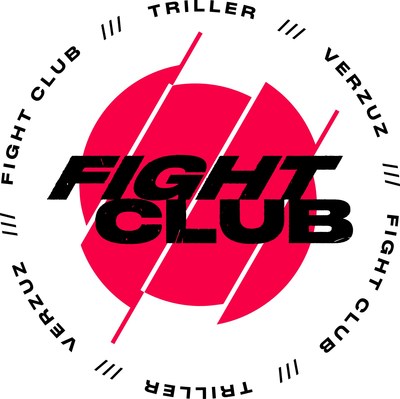 Farruko is joining previously announced hip hop superstar Meek Mill, Latin superstar rapper Myke Towers, rap legend Snoop Dogg and Reggaeton sensation Lunay in the full-set concert which kicks off at 6:00 PM EDT. The concert precedes the most exciting, thrill-packed fight event of the year, which will also offer entertainment between fights once the fight card starts. The evening will also feature a surprise performance of a never-before-seen, never-seen-again duet.

Produced by So You Think You Can Dance co-creator Nigel Lythgoe and featuring Miami’s hottest salsa dancers and a world-class pyrotechnics display, the Fight Club event is an unprecedented evening combining the world’s best entertainers and boxers in a not-to-be-missed, four-quadrant entertainment extravaganza.

Farruko is recognized as one of the most important musical phenomena in the Latin music industry. Thanks to his fantastic artistic versatility and his excellence on stage, the multi-platinum artist and two-time Latin GRAMMY winner has managed to conquer massive audiences around the world, becoming one of the most innovative exponents of the reggaeton genre. With eight successful studio albums and multiple collaborations with international artists of different genres, his success has impacted the Hispanic American community, in such a way that his career has been recognized by HBO with a documentary focused on his career, “Farruko: En Letra de Otro.”

His last album “Gangalee” debuted #2 on Billboard’s “Top Latin Songs” chart, entered the “Billboard 200” global chart, and was certified 7x multi-platinum. This album presents essential singles like “Nadie,” “Inolvidable,” “La Cartera” with Bad Bunny, and “Delincuente” with Anuel AA. Likewise, his single “Calma – Remix” with Pedro Capó became an iconic hit of popular reggaeton, which not only received a Latin GRAMMY award but has also been certified as platinum by the RIAA. Additionally, the song received an ASCAP 2020 award and has almost two billion views in its music video. Farruko is characterized by his highly-adaptable skills across musical genres, and his ability to break international barriers with his unique talent. Constantly demonstrating his musical evolution, Farruko reaffirms his position as an artistic powerhouse in the Latin music industry. His latest release, “Love 66,” alongside famed Staten Island rapper CJ, is yet another testament to that.

Triller Fight Club partner Snoop Dogg, said,  “To have such as talent as Reggaeton star Farruko joining this incredible line-up of music and fights, well, there is nothing left to say. You all better be in Miami on June 19, or you will be missing out on the most exciting cultural moment of the year.”

Triller Live Concert Series precedes the first-ever boxing event held at loanDepot park in Miami, Florida, home of the Miami Marlins which will be configured in an intimate and unique setting with full open seating for the first time since COVID. The event offers something for everyone: music lovers, boxing fans, adults and kids.

Prices range from $50 to $3,000 and include options from VIP ringside seats to traditional seats in the stadium upper and lower bowls, as well as seats near the two entertainment stages on either side of the ring, positioned at the pitcher’s mound. For tickets and information, visit www.TrillerFightClub.com.

The PPV is now available for purchase at the price of $49.99 (U.S. & Canada). Fans outside North America can check the FITE link at https://www.fite.tv/watch/teofimo-lopez-vs-george-kambosos/2p97b/ for international pricing.

About loanDepot park:
loanDepot park is a state-of-the-art retractable roof ballpark located in the heart of Miami. Built in 2012 and located fewer than two miles from downtown Miami, loanDepot park’s uniqueness and attractiveness, including unobstructed views of Miami’s skyline made possible by six operable glass panels, have made the venue a go-to destination for world-class entertainment, hosting a variety of sporting events as well as many business and entertainment events.

About TrillerNet:
Triller Fight Club, Triller Live and FITE are owned by TrillerNet, a first-of-its-kind company consolidating technology and content platforms to lead the move to Internet 3.0. TrillerNet pairs the culture of music with sports, fashion, entertainment and influencers through a 360-degree view of content and technology. TrillerNet—which owns the globally popular Triller app used by musicians, celebrities, athletes, and overall culture setters—has more than 300 million users worldwide. The Triller app—unlike other popular short-video apps it is often compared to, encourages its users to post the content created on the app across other social media platforms and websites. The app uses proprietary AI and Machine Learning technology which is uniquely tied to the content rather than the user. By tracking the content, Triller empowers its tastemakers and users to push their content virally to affiliated and non-affiliated sites and networks reaching hundreds of millions of additional users. Data and insights gleaned from the Triller network, its creators, artists and users (from the app and off network) are used to program longer-form content, connect users across the web with the content, and provide unprecedented opportunities for engagement and monetization. TrillerNet has developed highly successful campaigns that begin with the app and continue throughout the entire content and technology ecosystem with some of the biggest brands in the world, including Pepsi, McDonalds, Weedmaps, DraftKings, L’Oreal, and many others. TrillerNet offers brands a unique content and technology solution, including direct deals with the influencers and celebrities. This branded content journey starts with short-form video and can easily expand into valuable long-form content distributed through the Triller Network, such as live-event boxing and music PPVs, fashion shows, and episodic reality content on TrillerTV. Some of the more than 65 original half-hour TrillerTV shows include The D’Amelios Family’s “Ask a DAM Question,” Jennifer Lopez In The Morning, Jake Paul: Staying On Top, 2 Chainz Let’s Do It, DJ Khaled’s Spreading Love, Hype House’s Thomas Petrou’s Coffee Talks, Josh Richards’ Josh Pong, Ur Lov’d: the Noah Beck Show, Fat Joe’s Masterclass, The Perez Hilton Show, and Violet Benson’s Too Tired To Be Crazy, among others. TrillerNet additionally owns Verzuz, the massive live-stream music platform launched by Swizz Beatz and Timbaland, and Triller Fight Club (www.TrillerFightClub.com), which launched last year with the highly successful Tyson-Jones Fight which shattered digital PPV records. Other holdings include leading AI-powered customer engagement platform Amplify.ai, and FITE, the premier live event and PPV, AVOD, SVOD streaming platform. 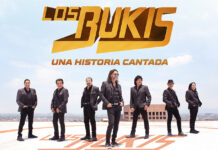