NEW YORK, May 23, 2022 /PRNewswire-HISPANIC PR WIRE/ — LaLiga North America announced on May 19 the release of “Black Stars of LaLiga,” a series celebrating the proud cultural backgrounds and upbringings of three of the league’s rising stars: Yunus Musah of Valencia CF, Alexander Isak of Real Sociedad, and Iñaki Williams of Athletic Club. 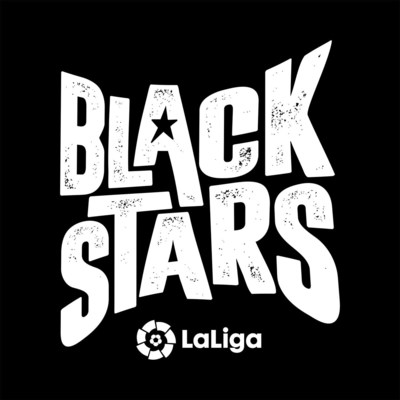 Each 15-20 minute episode takes fans through the player’s upbringings and journeys through various parts of Spain.  As they immerse themselves in each region and experience the clubs that mean so much to their local communities, they learn about the diverse people and players who comprise both.

The series was produced by LaLiga North America, the league’s joint venture with Relevent Sports in the United States, Canada and Mexico, in partnership with Black Arrow FC, a brand that focuses on the intersection of soccer and Black culture.

“Black Stars of LaLiga” debuted on Andscape YouTube Channel, Thursday, May 19 with Yunus Musah’s story: Citizen of the World. Alexander Isak’s The Swedish Eritrean Footballer will premiere on Tuesday, May 24, and the series will conclude with Iñaki Williams’ A Long Journey, New Beginnings on Thursday May 26. All episodes will subsequently be made available on ESPN+ in a content section curated by Andscape, ESPN’s multi-media platform dedicated to embracing and sharing the full range of Black culture and identity. Complementary short-form content will also be available across ESPN and LaLiga platforms.

“LaLiga is one of the most diverse sports leagues in the world, home to players from 62 different nationalities that are followed around the world,” said Boris Gartner, CEO of LaLiga North America. “It’s important for us to tell the stories of stars like Yunus, Alexander and Iñaki as we celebrate their lives and achievements while elevating their voices to inspire the next generation of LaLiga players.”

“Andscape is thrilled to join forces with LaLiga North America to bring these stories to life,” said Raina Kelley, Vice President and Editor-in-Chief, Andscape. “Reflecting the light from these Black stars is exactly what we seek to do every day and across all our platforms. And these are the kinds of content that needs to be seen and felt to truly understand the importance of diversity.”

“Yunus, Alexander and Iñaki not only represent three of LaLiga’s rising stars, but continue the long tradition and history of Black players showcasing their talents in Spain’s premier division,” said Adrian Segovia, Head of Content and Distribution of LaLiga North America.

Each coming from different parts of the world representing multiple regions, cultures and backgrounds, Musah (19 years old), Isak (22) and Williams (27) are cementing themselves as part of the long and storied history and legacy of Black players in LaLiga which includes Samuel Eto‘o, Patrick Kluivert, Jozy Altidore, Clarence Seedorf, Frederic Kanoute and Yaya Toure, among others.

Yunus Musah – Citizen of the World

Set on the shores of the Bay of Biscay in Spain’s Basque Country, Real Sociedad is a reflection of the people, culture and history of the city while serving as a unifying institution to the community. One of the club’s young stars is Alexander Isak. Born in Sweden to Eritrean parents, the 22-year-old reflects on his heritage, growing up in Sweden and moving to Spain as a teenager when he signed with Los Txuri-Urdin in 2019.

Iñaki Williams wouldn’t be where he is today if it wasn’t for his parents. In search of a better life for their family, they left Ghana and endured a harrowing journey through the African desert in an attempt to get to Spain. Eventually settling in Bilbao, Iñaki and younger brother, Nico, were born in the Basque Country, making them eligible to play for Athletic Club—a dream, honor and privilege for the Williams’ brothers, especially given the sacrifices their parents made decades prior.

“Black Stars of LaLiga” is the second premium series developed by LaLiga North America for ESPN+ as part of its efforts to create relevant content for LaLiga fans in the United States. Its in-house production studio, LaLiga North America Studios, also creates 25+ digital shows every week in English and Spanish featuring local talent and telling stories of the competition, its clubs and players in a way that connects with local fans.

About LaLiga North America
LaLiga North America is a joint venture between LaLiga and Relevent Sports Group, which serves as the exclusive representation of LaLiga in the U.S., Canada, Mexico and Central America for all business and development activities. The operation manages the TV/media rights and commercial agreements on behalf of the league and supports the its growth in the region through consumer-related activities including content development, events and activations, marketing agreements, development of youth academies and coaches, exhibition matches, and plans to have an official LaLiga Santander match played in the U.S.

About Black Arrow FC
Black Arrow (FC) is the first platform in the world that focuses on the intersection of soccer and black culture. Powered by authenticity and driven by creativity, we employ soccer as our medium to tell impactful stories and create cultural experiences. Our projects harness the influence of black culture to elevate the perception of soccer in America, allowing us to galvanize the game in urban areas and social circles where it never existed before. We give black soccer players and fans – for the first time in sports media – an opportunity to tell our own stories and craft our own narratives within the world’s biggest sport. Founded in Oakland, California – Black Arrow is also committed to introducing and bringing the game of soccer to the African American community in the United States, while internationally, utilizing our shared love of the beautiful game to (re) connect the African diaspora.

About Andscape
Andscape is a Black media platform dedicated to creating, highlighting, and uplifting the diverse stories of Black identity. Magnified by the power and reach of ESPN and The Walt Disney Company, the Andscape umbrella includes an editorial division, book publishing arm, film and television division, and music publishing group – each united by the shared mission of illuminating the culture and experience of Blackness. Founded in 2022, Andscape is a reimagination, expansion and diversification of The Undefeated’s former platform.