ATLANTA, Sept. 3, 2019 /PRNewswire-HISPANIC PR WIRE/ — Ozzie Areu, Founder & CEO of Areu Bros., announced today the launch of a Qualified Opportunity Zones platform encompassing entertainment, technology and real estate, becoming the first film and television studio to join this fast-growing socially conscious program. Areu Bros.’ mandate is to support and nurture minority and women storytellers as well as innovators and creators by driving inclusion, culture and diversity across every facet of its ecosystem through finance, media and tech expertise. 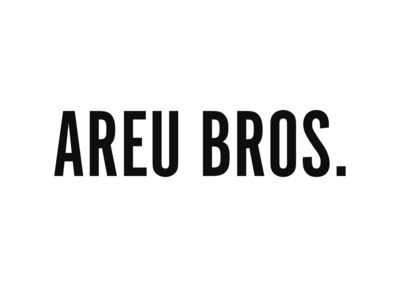 The fully-integrated entertainment platform anticipates a footprint in Qualified Opportunity Zones in Atlanta, Puerto Rico, Miami, and Los Angeles and will focus on three core verticals – Entertainment, Ventures and Real Estate.  Entertainment will consist mostly of Motion Pictures, Television, Short Form Content, Music, as well as ancillary efforts in Gaming, Stage Plays, Publishing and Merchandise.  Ventures will focus on Technology companies. Lastly, its Real Estate vertical will be investing in properties that allow the company to aggressively support creative communities by providing physical infrastructure for creators and collaborators to work alongside one another.

Former senior economic advisor to President Obama and one of the architects of the Qualified Opportunity Zone program, Steve Glickman, has joined the team along with Andrés W. López, another Obama Advisor, as Senior Advisors alongside Kim Leadford, President of Areu Bros., and Gloria Estefan, a partner and an Executive with the Company. Areu Bros. is also represented by two of the nation’s largest accounting and law firms: CohnReznick and Sidley Austin, respectively.

Opportunity Zones represent a new approximately $6 trillion marketplace, enacted into law through the 2017 Tax Cuts and Jobs Act, which provide long-term equity investors with significant tax incentives when they re-invest their capital gains in businesses and real estate located in designated low-income communities throughout America, creating a sustainable impact.

Additionally, Areu Bros. plans to expand its operations and further develop its remaining 30 acres at its Atlanta-based studio lot, located in a Federal Opportunity Zone in Fulton County. In its quest to become the most dynamic creative atmosphere in the country, Areu Bros. will build recording studios, state of the art and purpose built sound stages for both short form and long form content, and a technology center. Currently, Areu Bros. Studios consists of five sound stages, an eleven-home suburban backlot and four administration buildings.

Areu says, “Opportunity Zones stimulate communities through infusing new capital to create jobs and economic growth in underserved areas, much like our home in Fulton County’s Greenbriar neighborhood. I’ve spent over a decade working for Tyler Perry witnessing the studio create jobs and opportunity in Greenbriar and now it is my honor to have the ability to deploy resources to an amazing, vibrant community that has supported me and my family for years. As impact investors, the fact that we get to do this by supporting compelling stories and businesses helmed by women and minority creators and innovators brings our vision to a whole new level. We envision the studio as an incubator for creators from across multiple industries. We want to optimize creativity and collaboration at every level of our organization.”

Glickman added, “Areu Bros. is unique in its approach as a Qualified Opportunity Zones platform that crosses asset classes and geographies, bringing together the creative fields, technology, and real estate to create long-term and sustainable value creation. Their unparalleled and pioneering track record in television and film content and production speaks to the enormous potential they have to bring a serious entertainment industry to the places in America that need it most.”

ABOUT AREU BROS:
Areu Bros. Studios (ABS) is the first major Latino owned and operated media studio in the United States. The creative campus was launched with a vision of forming a spherical world that supports Latinx, female and minority storytellers, creators and visionaries. ABS is a trailblazer, intersecting art and technology, ultimately merging a community of collaborators and tech forward developers all under one roof, for more focused and contained incubation. The all-in-one studio is purpose-built to give innovators an inspired canvas for showcasing an elevated vision. Its amenities are tailormade for a streamlined and highly efficient creative process. The 60-acre lot encompasses 150,000+ square feet of multi-use space, 5 sound stages and a full suburban neighborhood backlot. ABS is uniquely positioned to offer full scale production services while actively producing original ABS content. Areu Bros. Studios is located in Atlanta, Georgia, with offices in Los Angeles, California and strategic partners in Miami, Florida and the island of Puerto Rico.

ABOUT OZZIE AREU:
Ozzie Areu is the Founder and CEO of Areu Bros. Studios. Previously, Areu served as the President of Tyler Perry Studios, where he produced over $1B in production. In his role, he oversaw the studio and production businesses generating over 900 episodes of television including 9 hit series, as well as 17 movies including numerous #1 box office openers and 6 stage plays. A renowned leader in the Latin American community, Ozzie has received numerous awards, such as Atlanta Business Chronicle’s 2019 Most Admired CEO in Entertainment, the 50 Most Influential Latinos in Georgia and The Presidents’ Award by The Georgia Hispanic Chamber of Commerce, the Eagle Leadership Award by The Latino Leaders Network, The Global Cultural Hero and Outstanding Georgia Citizen Award by the World Chamber of Commerce, Diamond Award for Outstanding Producer, Entrepreneurship, Philanthropy and Humanity and The Nosotros Golden Eagle Award. Ozzie’s work has been featured in Forbes, The Hollywood Reporter, Variety, Atlanta Business Chronicle, The Wrap, CNN Money, as well as on CNN, Fox News, NPR, and CBS, among others.

ABOUT GLORIA ESTEFAN:
7x Grammy Award winning singer-songwriter and philanthropist Gloria Estefan will be creating and packaging content across all platforms including music, television, film and short form content. Estefan has sold 100 million+ albums worldwide with 38 #1 hits. She is the first Cuban-American singer-songwriter to receive the Kennedy Center Honors. She was awarded the Presidential Medal of Freedom in 2015 by President Barack Obama, which is the Nation’s highest civilian honor. In 2019, she and husband Emilio were honored by the Library of Congress with the distinguished Gershwin Prize for Popular Song.

ABOUT KIM LEADFORD:
Kim Leadford is the President of Areu Bros. Prior to joining Areu Bros., Kim founded and is an owner of StarStream Media, a film finance and production company in Los Angeles. Kim has over 12 years’ experience in the film industry, in both film finance and production, financing and producing films such as Killing Gunther, Life of Crime, Life After Beth and The Butler. Prior to becoming an entertainment executive, she held positions in restaurant management and politics where she worked for Senator Jack Reed and Representative Brian Kennedy, Chair of the House Corporations Committee.  Kim has B.A.s in both Philosophy and Political Theory from Rhode Island College and a J.D. from Temple Law School.

ABOUT STEVE GLICKMAN:
Steve Glickman is the Founder & CEO of Develop LLC and one of the nation’s top Opportunity Zones experts. Steve’s clients include some of the largest and most influential Opportunity Zone Funds in the country, collectively deploying billions of dollars in underserved communities. Steve is also the Co-Founder & former CEO of the Economic Innovation Group, the bipartisan public policy organization that was the chief architect of the $6 trillion Opportunity Zones program.  Steve previously served in the Obama Administration as a senior economic advisor at the White House and the U.S. Department of Commerce, and also served in legal roles on Capitol Hill and the Department of Justice. Steve’s work has been featured in the AP, Atlantic, Axios, Barron’s, Bisnow, Bloomberg, Chicago Tribune, CNN, Crain’s, Fast Company, Financial Times, Forbes, Fortune, Inc., Los Angeles Times, Marketplace, New York Times, NPR, PBS, Politico, Real Deal, San Francisco Chronicle, TechCrunch, Time, VentureBeat, Vox, Washington Post, and Wall Street Journal.

ABOUT ANDRÉS W. LÓPEZ:
López is an accomplished legal and business trailblazer with a distinguished record of leadership. Through his work with President Barack Obama, he served as National Chairman of the Futuro Fund and became the first Puerto Rican to serve on the Board of Trustees for the JFK Center for the Performing Arts. Andrés spearheaded President Obama’s historic 2011 visit to Puerto Rico, marking the first time in 50 years that a sitting president visited Puerto Rico. He has also served on the Executive Committee of the Democratic National Committee; co-chaired the DNC’s Credentials Committee; and vice-chaired the Platform Committee for the 2012 Democratic Convention. A few of his awards include 100 Most Influential Latinos in the United States (PODER) and the Chairman’s Award (U.S. Hispanic Chamber of Commerce). Andrés is a graduate of Harvard College and Harvard Law School.