A key component of the Respeta Mi Gente campaign is a substantial investment in paid media. RMG hopes this will drive home the message that Hispanics, particularly Puerto Ricans, are a political force to be reckoned with as they exercise their right to vote. Through radio, television, and digital ads, the campaign will reinforce key issues deemed important to Puerto Ricans: affordable housing, access to healthcare, higher wage jobs, action on climate change, access to education, and rebuilding Puerto Rico post-Hurricane Maria. The ads will include audio from an updated version of Hector Lavoe’s “Mi Gente,” with new lyrics sung by Frankie Negrón.

Respeta Mi Gente will also be investing heavily in Get Out the Vote (GOTV) efforts by Alianza for Progress, Hispanic Federation, Organize Florida, Vamos4PR, and Faith in Florida through increased canvassing and expanded ground events that will engage and mobilize Puerto Rican/Hispanic voters. The RMG campaign will reach and activate over 100,000 voters in Central Florida. The campaign will also support the expansion of text messaging tools that will reach nearly 200,000 people.

Jose Calderón, President of Hispanic Federation, said: “Puerto Rican and Latino voters in Florida are a rapidly growing and critical segment of the state’s voting population, and their concerns and aspirations should be top of mind for anyone running for office in the Sunshine State. The Respeta Mi Gente campaign is singularly focused on that goal, which is to empower our community of voters to get out to the polls and make sure that those seeking office prioritize policies that are important to Puerto Rican and Latino Floridians.”

Frederick Vélez, Campaign Coordinator for Respeta Mi Gente and Organizing Director for Alianza for Progress, said: “We are convinced that the cultural approach to the campaigning of Respeta Mi Gente is what is yielding great results. Respeta Mi Gente and our partner organizations have knocked more than 145,000 doors and had more than 23,000 conversations with members of our community. We have seen that talking about the issues Puerto Ricans care for in Central Florida and adding cultural components to give the campaign a unique Hispanic feel has made a meaningful difference when engaging our community.”

Examples of the multi-media campaign are available HERE. A recording of this Monday’s media call with Lin-Manuel Miranda and Frankie Negrón is available HERE.

Respeta Mi Gente, a project of Alianza for Progress, is a campaign to build political power among the growing share of Puerto Rican voters in Florida and leverage it, together with the vote of the greater Latino population, to address the community’s priorities on the Island and on the mainland in the 2018 midterm elections. 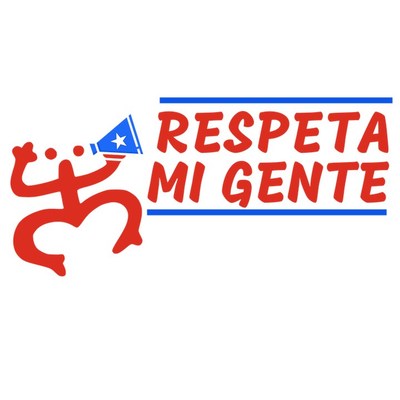