Also feted at this year’s event was Rutgers Law Professor Paul Tractenberg who was presented with the Morheuser Humanitarian Award which honors dedication to the advancement of the educational rights of students in New Jersey’s public schools. It is presented in memory of the late Marilyn Morheuser, ELC’s long-time Executive Director and advocate for education justice.

“It is difficult to offer fresh praise to this year’s recipient of the Education Law Center’s Education Justice Award,” said Walt MacDonald, ETS President and CEO, who presented the award. The `simple’ reason, if anything in the fight for justice in education is simple, is that Marian Wright Edelman has won so many awards and honors over the past 50 years — every one of them hard won and richly deserved. Her name is synonymous with the cause of equity in education, and tireless defense of children’s rights and well-being.”

“As Marian often says, `Service is the rent we pay for living.’ That being the case, she has paid an awful lot of rent these past 50 years. And countless children are the better for it. On behalf of the Education Law Center and Educational Testing Service — and on behalf of your many fans throughout the country — I am honored to present you with the 2015 Education Justice Award in honor of your outstanding service and commitment to advancing equal educational opportunity for public school children across the U.S.”

A graduate of Spelman College and Yale Law School, Ms. Edelman began her career as an advocate for the disenfranchised in the 1960s. As the first African-American woman admitted to the Mississippi Bar, she directed the NAACP Legal Defense and Educational Fund office in Jackson. In 1968, she moved to Washington, D.C., to work with Dr. Martin Luther King Jr. as counsel to the Poor People’s Campaign.

She later founded the Washington Research Project, a public interest law firm, and served as the Director of the Center for Law and Education at Harvard University. In 1973, she founded the Children’s Defense Fund. As president of the CDF, Marian Wright Edelman has proved to be one of the most effective advocates for disadvantaged children and families not only of our time, but in American history.

The CDF’s “Leave No Child Behind” mission is to ensure that every child gets a Healthy Start, a Head Start, a Fair Start, a Safe Start, and a Moral Start in life, and a successful passage to adulthood with the help of caring families and communities.

About ELC
Founded in 1973, the Education Law Center (ELC) serves as the leading voice for New Jersey’s public school children and has become one of the most effective advocates for equal educational opportunity and education justice in the United States. Widely recognized for groundbreaking court rulings on behalf of at-risk students, ELC also promotes educational equity through coalition building, litigation support, policy development, communications, and action-focused research in New Jersey, in other states, and at the federal level.

About ETS
At ETS, we advance quality and equity in education for people worldwide by creating assessments based on rigorous research. ETS serves individuals, educational institutions and government agencies by providing customized solutions for teacher certification, English language learning, and elementary, secondary and postsecondary education, and by conducting education research, analysis and policy studies. Founded as a nonprofit in 1947, ETS develops, administers and scores more than 50 million tests annually — including the TOEFL® and TOEIC® tests, the GRE® tests and The Praxis Series® assessments — in more than 180 countries, at over 9,000 locations worldwide. www.ets.org 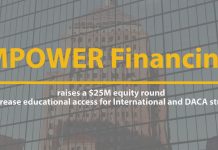 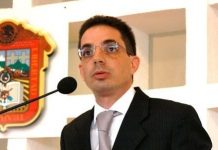 While Others Cut Back, National Health Foundation Partners with Chrysalis to...