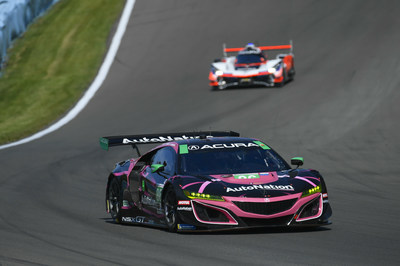 Hindman throttled his Meyer Shank Racing #86 Acura NSX GT3 to the pole position for Sunday’s endurance event, and shortly thereafter, Nielsen claimed the front-row spot alongside him in her #57 Caterpillar-sponsored NSX GT3, which Meyer Shank runs in tandem with Heinricher Racing.

The Acura Team Penske ARX-05 prototype entries will start second and third in the DPi category. Dane Cameron qualified second to the Mazda driven by Oliver Jarvis, while Ricky Taylor took the sister ARX-05 to third.

Meyer Shank Racing Acura NSX GT3 Evo
Hindman recorded his second pole position of the 2019 season, following an earlier pole at Sebring in March. His average speed of 116.595 miles per hour led the 16 GTD entries in the field. Hindman will team with Mario Farnbacher and Justin Marks in Sunday’s six-hour test over the 3.4-mile Watkins Glen International Circuit.

Nielsen took her NSX GT3 to the second qualifying spot at an average of 116.244 miles per hour. She teams with Katherine Legge and Bia Figueiredo in this afternoon’s fifth round of the championship. Legge and Andy Lally co-drove to the GTD victory here in 2017, the first year for the current NSX GT3 program.

Hindman and Farnbacher came into the weekend with 84 points to lead the 2019 IMSA GTD drivers’ championship.

Acura Team Penske ARX-05
Cameron led most of the qualifying session in his ARX-05, and ended up missing the pole by just over two-tenths of a second to Jarvis, at an average speed of 136.208 mph. He and co-driver Juan Pablo Montoya will put a two-race winning streak on the line Sunday, following victories at Mid-Ohio in May and at Detroit earlier this month. Cameron and Montoya entered the weekend ranked second in the drivers’ championship.

Taylor was just six-hundredths of a second further back of Cameron, qualifying third at 136.108 mph. He’ll be teamed with Helio Castroneves when the green flag falls at 9:45 a.m. EDT on Sunday morning. Taylor and Castroneves rank third in the drivers’ standings, a single point behind Cameron and Montoya.

Quotes
Trent Hindman (driver, #86 Meyer Shank Racing Acura NSX GT3) qualified on GTD pole: “I was pushing hard during those qualifying laps. I was pushing everything the Acura NSX GT3 had. We had a lot of unknowns after practice this morning due to the weather [early morning rain]. We even made some gambles on the car setup last night which we wanted to try out but didn’t have the opportunity to before qualifying. As always, the Meyer Shank crew pulled through and gave me an amazing car. It is excellent to secure the ‘one-two’ starting spots for this team. As competitive as the GTD category is, qualifying holds one hundred percent importance. It will feel great to get the Acura out into clean air tomorrow for the race. I am beyond grateful to be a part of this crew and secure the pole position.”

Dane Cameron (#6 Acura Team Penske ARX-05) qualified second: “I think we have a good Acura Team Penske DPi here this weekend at Watkins Glen. [I’m] A little bit annoyed to come up short and start second tomorrow. We were on a good lap earlier in the session and got held up again. I don’t know what the deal is with qualifying these days, but everyone is on their own program. Starting on the front row – second and third for the two cars – is still a great place to be. It’s a long day tomorrow. Last year, we qualified third and went to the lead in the first corner and held it almost until the end. This year, the goal is to hold it until the end.” 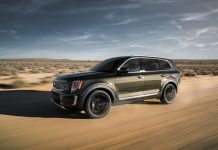 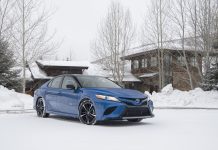 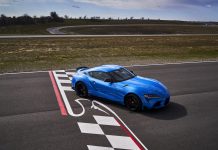 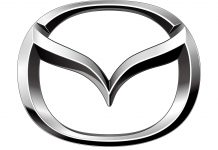