DES MOINES, Iowa, July 13, 2021 /PRNewswire-HISPANIC PR WIRE/ — Inspired by the traditional Latino cookout, or asado, The National Pork Board launched Menú Urbano OUTDOORS, a campaign that will take consumers on a culinary journey from coast to coast, to share the best grilling recipes that give flavor to our summer cookouts. Leveraging key summer holidays, Menú Urbano OUTDOORS will focus on two cities with the largest Hispanic population, New York and Chicago, to showcase the different flavors that have been inspired by the Latino communities that represent each destination.


aims to offer a fresh take on this summer’s grilling season with a series of fresh, delicious, and easy-to-make recipes with pork as the main ingredient. Menú Urbano OUTDOORS will encourage consumers to explore the endless flavor possibilities pork has to offer for the summer season and beyond. The campaign, launching just in time to kick off this year’s grilling season, is a continuation of the original Menú Urbano campaign that launched in late 2020 to find the best pork-centric street food in select U.S. cities.

As part of Menú Urbano OUTDOORS, the National Pork Board has again enlisted M
exican TV personality Karla Martínez as spokesperson, along with two Latina content creators who will share their favorite grilling tips and recipes to showcase what a traditional cookout, or asado, looks like for them and their families.

“I am so excited to be a part of Menú Urbano OUTDOORS and share the best flavors of the season. A traditional asado is without a doubt one of my family’s favorite ways to celebrate and gather,” said Martínez, a co-host on Univision’s popular morning show, Despierta America. “Food is one of the primary ways in which Latinos share our culture with our loved ones, and what better way to do so than with a traditional asado with flavourful pork dishes?” she concluded.

The recipes of Menú Urbano OUTDOORS are ideal
for summer holiday cookouts and gatherings and were developed with convenience and flavor in mind.

“Pork is entrenched in Hispanic heritage and culture. In fact, pork has been a staple in Hispanic kitchens throughout generations,” said José de Jesus, senior director of multicultural marketing at the National Pork Board. “With our newest campaign, Menú Urbano OUTDOORS, we aim to demonstrate to consumers how grilling pork can be easily integrated into our everyday menu or part of a celebratory event. It is the perfect way to mix the classic flavors of our culture with new and exciting flavors,” he concluded.

According to NPB proprietary

, 79% of Hispanics cook meals to retain a connection to their native culture and 62% say they prefer food that reminds them of their family’s traditions. In addition, 62% of Latinos agree that “healthy means fresh to me.”
Although there are different versions of a typical meal within each culture, one thing that remains constant in Hispanic cuisine is pork. Research conducted by the National Pork Board revealed that among Hispanic consumers, pork is one of the most purchased proteins. As a versatile and accessible protein, pork lends itself to a variety of cooking methods and flavors, making it the ideal choice for this grilling season and beyond.

For inspiration and to learn new recipes made with non-processed and non-frozen fresh pork cuts, visit


About the National Pork Board

The National Pork Board has responsibility for Pork Checkoff-funded research, promotion, and consumer information projects and for communicating with pork producers and the public. The Pork Checkoff funds national and state programs in consumer education and marketing, retail and foodservice marketing, export market promotion, production improvement, science and technology, swine health, pork safety, environmental management, and sustainability. For the past half-century, the U.S. pork industry has delivered on its commitment to sustainable production and has made significant strides in reducing pig farming’s environmental impact. Through a legislative national Pork Checkoff, pork producers invest $0.40 for each $100 value of hogs sold. Importers of pork products contribute a like amount, based on a formula. For information on Checkoff-funded programs, pork producers can call the Pork Checkoff Service Center at (800) 456-7675 or visit 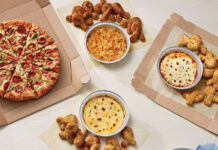 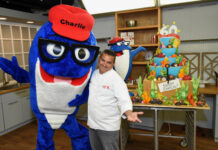