WHO:
Third Place Match – THE UNITED STATES vs. CANADA

WHAT:
This game is a rematch of the U.S. and Canada’s initial group stage contest that took place just a little more than one-and-a-half weeks ago. The Stars and Stripes defeated the Canucks 3-1 while on their way to racking up two more decisive victories during group play. However, the U.S fell prey to a feisty Honduras team in this past weekend’s semifinal game – losing 0-2. While Canada’s performance was not as authoritative as the U.S. throughout the tournament (1-1-1- in group play), it was good enough for the team to earn a trip to the semifinals. With an Olympic berth on the line, the Canadians hopes were dashed after they ran into a determined Mexico squad that ended up defeating the team from north of the boarder 2-0.

For both the U.S. and Canada, this game is a must win. Simply stated, the loser will not go the Rio 2016 Olympics. The winner will travel to Brazil next March for a one-game playoff against Colombia to decide the final berth in next summer’s tournament.

Fans can check their local TV listings, or visit www.nbcuniverso.com/encuentra, to find channel information for NBC UNIVERSO on their cable, satellite and telco systems.

WHO:
Championship Final – HONDURAS vs. MEXICO

WHAT:
El Tri will defend its Olympic Gold Medal. Mexico defeated Canada during the semifinals of this tournament this past weekend and earned a berth in the 2016 Olympic Games in Rio de Janeiro. But, before Mexico makes the trip to Brazil next summer to begin its bid as back-to-back Olympic Champion, the squad is first looking to repeat as CONCACAF Olympic Qualifying Champion. Mexico will face Honduras and a victory would add a seventh Pre-Olympic Qualifying Tournament title to the young Mexicans’ resume. Honduras can claim its third overall qualifying tournament title with a win over Mexico. Los Catrachos defeated the U.S. during their semifinal match to earn its trip to Rio. The 2016 Games will be the Hondurans third consecutive Olympic tournament and fourth overall.

About NBC UNIVERSO:
NBC UNIVERSO (www.nbcuniverso.com) is a modern sports and entertainment cable channel for Latinos, bringing the world’s top sports franchises and edgy programming to more than 40 million households in the U.S. As one of the most widely available modern cable channels for U.S. Latinos, NBC UNIVERSO delivers a thrilling mix of exclusive sports action – including FIFA World Cup™, Liga MX, Premier League, NASCAR Mexico Series, NFL and The 2016 Rio Olympics – along with signature series, blockbuster movies, music, must-see live events and strategic acquisitions, on TV, online and mobile devices. NBC UNIVERSO is part of NBCUniversal Telemundo Enterprises, a division of NBCUniversal (www.nbcuniversal.com), one of the world’s leading media and entertainment companies. NBCUniversal is a subsidiary of Comcast Corporation (www.comcastcorporation.com). To find the NBC UNIVERSO channel number in your area, please visit www.nbcuniverso.com/encuentralo. 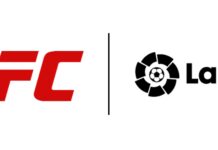