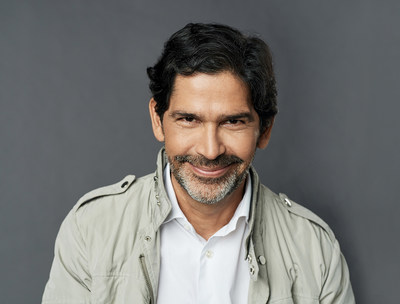 “Acquiring Underground Producciones is a strategic investment to help us meet the growing demand for high quality, cutting edge Spanish-language content in the U.S. and around the world,” said Marcos Santana, President, Telemundo Global Studios. “It’s an honor and a privilege to have the opportunity to incorporate talent like Sebastian Ortega, who has led one of the most creative teams in the region and has been able to set the standard at a global level with extremely original ideas, into Telemundo Global Studios Development Committee. Underground represents a huge competitive advantage for Telemundo Global Studios, as we continue to develop and produce the best premium content and formats for Hispanics and audiences worldwide.”

We are thrilled to be joining the NBCUniversal Telemundo family and it’s an exciting milestone for Underground,” said Sebastian Ortega, Executive Producer, Underground Producciones. “This union represents a new era and a huge leap in artistic evolution for all of us on the team. We look forward to this partnership and we will continue to focus on developing top-notch productions, bringing hard work and passion to everything we do.”

Telemundo continues to push the boundaries of traditional Hispanic media with contemporary original productions. The leading Hispanic network made history last season by ending as the number one Spanish-language network in weekday primetime for two consecutive years. Most recently, it successfully broadcast the runaway hit super series La Reina del Sur which dominated its time slot during its entire run and positioned Telemundo at 10pm as the #2 network, regardless of language, among adults 18-34 and the #3 network among adults 18-49.  This summer, Telemundo was the first Spanish-language network to bring U.S. President Donald Trump’s first sit-down interview with a Spanish-language outlet, as well as the first Democratic presidential primary debates. The network also recently completed its record-breaking broadcast of “Summer of Soccer,” the biggest-ever coverage plan for FIFA Women’s World Cup France 2019™ and Copa America from Brazil.

About NBCUniversal Telemundo Enterprises
NBCUniversal Telemundo Enterprises is a world-class media company leading the industry in the production and distribution of high-quality Spanish-language content to U.S. Hispanics and audiences around the world. This fast-growing multiplatform portfolio is comprised of the Telemundo Network and Station Group, Telemundo Deportes, Telemundo Global Studios, Universo, and a Digital Enterprises & Emerging Business unit. Telemundo Network features original Spanish-language entertainment, news and sports content reaching 94% of U.S. Hispanic TV households in 210 markets through 30 local stations, 50 affiliates and its national feed. Telemundo also owns WKAQ, a television station that serves viewers in Puerto Rico. Telemundo Deportes is the designated Spanish-language home of two of the world’s most popular sporting events: FIFA World Cup™ through 2026 and the Summer Olympic Games through 2032. Telemundo Global Studios is the company’s domestic and international scripted production unit including Telemundo Studios, Telemundo International Studios, Telemundo International, as well as all of the company’s co-production partnerships. As the #1 media company reaching Hispanics and millennials online, the Digital Enterprises & Emerging Business unit distributes original content across multiple platforms, maximizing its exclusive partnerships with properties such as BuzzFeed, Vox, and Snapchat. Through Telemundo Internacional, the largest U.S.-based distributor of Spanish-language content in the world; and Universo, the company reflects the diverse lifestyle, cultural experience and language of its expanding audience. NBCUniversal Telemundo Enterprises is a division of NBCUniversal, a subsidiary of Comcast Corporation.