PRINCETON, N.J., June 11, 2015 /PRNewswire-HISPANIC PR WIRE/ — The ScoreSelect® option, available with all GRE® tests, has been attracting positive attention among graduate and business school aspirants. The ScoreSelect option allows students who take the test more than once to send schools their best scores.

In 2014, the percent of people taking the GRE® revised General Test a second time grew 15 percent compared to 2013, and a new analysis by Educational Testing Service (ETS) showed that most people who opted to retest improved their scores.

The analysis reviewed GRE test-taker performance in 2014 around the world. When comparing an individual’s initial score to the subsequent score, most saw favorable gains. Improvements were noted on all three measures of the GRE revised General Test. Of special interest:

“During 2014, the number of repeat tests reached an all-time high,” said Dawn Piacentino, director of communication and services for the GRE Program at ETS. “Our research showed that nearly one out of four people take the GRE test a second time.”

She added that some of the GRE program’s beneficial policies are contributing factors leading to repeat testing. “We introduced the ScoreSelect option for GRE test takers, so that students could take a GRE test, once or more than once, and have up to five years to send what they felt were their best scores. It’s about helping people feel confident and do their best. No immediate test-day decisions. No worrying about any second chances. Just relax and do your best, so you can focus on your personal success — in school and, ultimately, in your career.”

The ScoreSelect option has been growing in popularity, with about eight out of 10 GRE test takers stating that it is valuable. Since its introduction, the number of people retaking a GRE test has risen year over year. The GRE test also has test taker-friendly features — the ability to skip questions and go back, or change answers within a section — which are providing value. Furthermore, a recent ETS study showed that 95 percent of GRE test takers changed at least one answer, and most improved their scores.

“Not everyone’s score goes up every time, but the data show that test takers do better when they have the ability to thoughtfully change their answers and when they take the test a second time,” said Piacentino. “We talk about getting the power of confidence with the GRE revised General Test. It’s about helping test takers feel good about what they need to do.”

GRE scores are accepted by thousands of graduate-level schools worldwide, including more than 1,200 business schools that now accept GRE scores for admission into their MBA programs. In 2014, the number of people taking a GRE test with intended study in business grew by 18 percent compared to the prior year and, according to a recent Kaplan survey, nearly eight out of 10 MBA programs actually have no preference about GRE scores vs. other standardized scores.

For more information about the GRE revised General Test or to register to take a GRE test, please visit www.ets.org/gre. The new analysis referred to above is available upon request; please contact Jason Baran at jbaran@ets.org.

About ETS
At ETS, we advance quality and equity in education for people worldwide by creating assessments based on rigorous research. ETS serves individuals, educational institutions and government agencies by providing customized solutions for teacher certification, English language learning, and elementary, secondary and postsecondary education, and by conducting education research, analysis and policy studies. Founded as a nonprofit in 1947, ETS develops, administers and scores more than 50 million tests annually — including the TOEFL® and TOEIC® tests, the GRE® tests and The Praxis Series® assessments — in more than 180 countries, at over 9,000 locations worldwide. www.ets.org 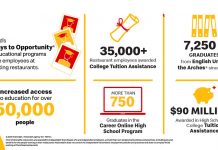