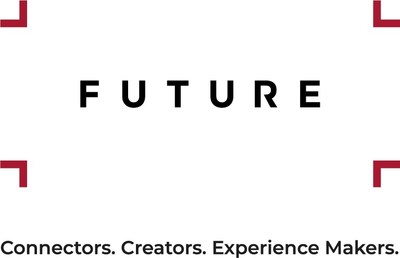 “2019 has been a transformative year so far in the broadcasting and cable industries and we’re thrilled to have NYC Television Week keeping pace with the brightest innovators in the marketplace. Our new format of four tracks will be packed with innovative content covering the latest topics in multi-platform advertising, OTT, streaming video, big data, personalization and much more.  Attendees will benefit from all three days of content, providing an invaluable opportunity to learn, share and create new ideas,” said Randi Schatz, VP/Market Leader of Media Entertainment at Future plc, publisher of Broadcasting & Cable and Multichannel News.

A key enhancement to the program is the addition of  17th Annual Hispanic Television Summit to the fold of NYC Television Week. The summit, which continues to be produced by Schramm Marketing Group, is the biggest and most important annual gathering for those in the business of television and video for Hispanic audiences in the U.S. and worldwide. Television and online video continue to serve as the most reliable source of information, entertainment and sports for the nearly 58 million U.S. Hispanic viewers as well as the hundreds of millions more in Latin America and the Caribbean. This year’s summit during NYC Television Week will explore how these changing options are having a critical effect on influencing Hispanic viewers, and generating revenues for advertisers, programmers, content creators and content providers.  A highlight of each year’s Hispanic TV Summit has been the awards luncheon. This year’s awards will once again celebrate leaders in brand advertising, on-air talent, programming, and network management.   The Award for Corporate Leadership in Hispanic Television and Video will be presented to the well-known brand, AARP. The award will be accepted by AARP’s Vice President, Multicultural Leadership, Hispanic/Latino Audience Strategy, Yvette Peña. The Award for Outstanding Achievement in Hispanic Television and Video Programming will be presented to Univision’s “República Deportiva.” The award will be accepted by Félix Fernández, Co-host, TUDN’s “República Deportiva”; Juan Carlos Rodriguez, President of Sports, Univision Communications Inc. and Federico Lariño, Senior Vice President, Sports Entertainment, Univision Communications, Inc.

“The Hispanic Television Summit has an unparalleled legacy within the industry as a source of valuable content and networking opportunities,” said Bill Gannon, VP of Content & Global Editor-In-Chief at Broadcasting & Cable and Multichannel News. “We are thrilled to bring this expertise and energy into NYC Television Week to provide our television and broadcast professional attendees with even more innovative solutions and insights into the future trends of the television and video industry.”

The speakers to date for NYC Television Week 2019 are:

For a detailed look at all of the NYC Television Week events including programs and registration information, visit www.nyctvweek.com.