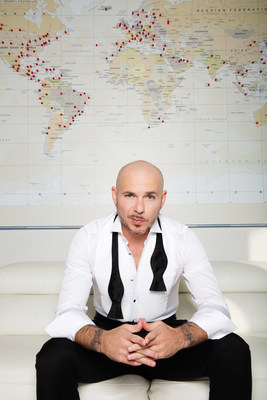 In addition to a financial investment in the company, Pitbull’s involvement will offer considerable new content and value for the Echelon Community members, globally. The partnership will include:

The anchor channel will live within the Echelon Fit app (exclusive to members) featuring Pitbull’s brand, image and music.

“It is truly an honor to partner with Echelon Fitness,” says Armando Christian Perez (Pitbull). “With this new venture, we look forward to producing new avenues for music and fitness. Music is the universal language. Fitness is a cultural movement. Together we will create a powerful generation. I don’t know about you but that makes me feel good, Dale!”

“Learning Pitbull was a fan of our product and our community was humbling,” said Lou Lentine, President and CEO of Echelon Fitness. “We have been experiencing significant growth, and confidence from key financial investors, including a recent investment led by Goldman Sachs. Pitbull has featured and been featured with some of the biggest talents in the music industry. And now his latest feature is with Echelon Fitness. We are so excited to welcome Mr. Worldwide to the team!”

For more information about the Pitbull Listening channel, the Echelon Connected equipment and membership, visit https://echelonfit.com.

Echelon Fitness has been revolutionizing at-home connected fitness since debuting its first Connect Bike in 2017. What began as a mission to make healthy living attainable and accessible to all evolved into a line of innovative fitness solutions—as well as a thriving community. Ranging from sophisticated indoor cycling bikes, to touch-screen fitness mirrors and more, every product boasts thoughtful design and state-of-the-art technology, enabling people to exercise how they want, when they want and with who they want. By leveraging The Echelon Fit App and United Membership, members gain access to a variety of live and on-demand classes led by down-to-earth fitness instructors. Members can also use the app to track their performance against Echelon’s live leaderboard and overall progress, all while enjoying some healthy competition. For more information, visit https://echelonfit.com/.

Pitbull invites disruption on a global scale as a GRAMMY®-winning independent international superstar, education advocate, business entrepreneur and motivational speaker. With countless awards, dozens of international number ones, hundreds of gold and platinum certifications, millions of single sales, 25 million album sales, and cumulative video views in excess of 15 billion, one of the most impressive careers in music history set the stage for him to make true change. Not only did he successfully help establish Sports Leadership Arts and Management (SLAM!) tuition-free public charter schools across the country, he was honored by the United Nations General Assembly on behalf of Clean Water Here; he is a partner in eMerge Americas, the annual tech and innovation summit held in Miami; and he was honored alongside music legends as well as Nobel Peace Prize and Pulitzer Prize winners at the 2019 International Achievement Summit. Pitbull and Horizon Media have partnered to launch 305 Worldwide, a new multicultural marketing agency. After announcing several partnerships in 2020 such as CLMBR, Espanita Tequila, LivexLive, and “From Negative to Positive” Podcast, Pitbull ended 2020 with a bang by ringing in the new year performing on the main stage in Times Square. In the first month of 2021, Pitbull became the co-owner of NASCAR racing team [Team Trackhouse], and proudly served as the Grand Marshal of the 2021 NASCAR Daytona 500. Pitbull has performed for millions worldwide and even joined forces with the #1 life and business strategist, Tony Robbins, for numerous engagements around the globe. He maximizes his own creative, entrepreneurial and personal freedom, yet again, on his next long-awaited English album, set to be released later this year.

Denys Luciano’s new book “The TV Was Really a Monster” brings a delightful tale following the fantastic adventures of a brilliant kid and a...

Disneyland Resort Announces Limited-Time Summer Ticket Offer for California Residents, as Low as $83 Per Person Per Day for a 3-Day Ticket full of... 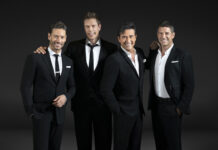 Pitbull Is Ready to Ride… with Echelon Fitness