AUSTIN, Texas, Jan. 27, 2020 /PRNewswire-HISPANIC PR WIRE/ — A cross-country team of veteran women journalists announced today the launch of The 19th, www.19thnews.org, a new nonprofit, nonpartisan national newsroom that will deeply cover the intersection of gender, politics and policy. Its mission is to empower women — particularly those underserved by and underrepresented in American media — with the information, community and tools they need to be equal participants in our democracy. 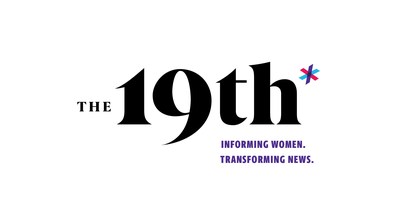 Co-founded by CEO Emily Ramshaw and Publisher Amanda Zamora — both veterans of The Texas Tribune — The 19th’s goal is to provide women from all backgrounds with a place to tell their stories and see themselves reflected in consequential news coverage. The original journalism produced by The 19th will reimagine politics and policy coverage through a gender lens, and be free to consume and free to republish.

“The 19th aims to elevate the voices of women who are underrepresented in and underserved by American media: women of color, women living off the coasts and women of limited means,” Ramshaw said. “There are simply not enough women leading newsrooms, and as a result, not enough stories about the issues, inequities and unique challenges that most directly affect women’s lives.”

The 19th will focus on deep-dive, evidence-based reporting that exposes gender inequity and injustice, and original stories on the issues that most deeply affect women’s lives, from health care to the economy. It will provide a digital platform for civil conversations and community building, produce national events that bring readers into direct dialogue with their elected officials, and build a newsroom that reflects the racial and socioeconomic diversity of women in America. Initial beats will include presidential politics, women and Congress, the women’s electorate, women’s health, women and the economy, and women and the states.

As a nonprofit, nonpartisan newsroom, all of The 19th’s content will be free to consume and will not be behind a paywall. Revenue from member support, individual philanthropy, foundation grants, corporate sponsorships and live events will help ensure the content remains free to consume by readers and free to republish by news organizations and community groups. The 19th’s destination website, newsletter and community platform will launch in the summer of 2020. In the interim, readers can find stories from The 19th exclusively at The Washington Post.

Readers will also have the chance to engage with The 19th in several cities across the country this year. Beginning this spring, The 19th is embarking on a national listening tour to hear directly from readers about the state of voting rights in their communities and explore the top issues facing women at the ballot box in November. With the League of Women Voters and The Riveter as partners, The 19th Listening Tour will kick off in Austin on April 22, and will travel to Los Angeles, Denver, Seattle, Minneapolis and Atlanta throughout the summer and fall.

“While women today are more engaged than ever in the political process, they remain far underrepresented at all levels of government and in the nation’s executive ranks. They’re also underrepresented in newsroom leadership, which influences how the news is covered, whose stories are told and whose voices are elevated,” Zamora said. “We are deeply committed to diversifying the ranks of journalism — both through the stories we tell and through the women leading our organization.”

Among the members of The 19th’s founding team:

Emily Ramshaw, co-founder and CEO of The 19th, was previously editor-in-chief of The Texas Tribune, an award-winning nonpartisan digital news startup and the nation’s most successful business model for local news. Ramshaw began her career at The Dallas Morning News and serves on the board of the Pulitzer Prize.

Amanda Zamora, co-founder and publisher of The 19th, spent nearly two decades as a digital editor, product manager and audience strategist at newsrooms including ProPublica and The Washington Post. Most recently, she was the chief audience officer at The Texas Tribune.

Johanna Derlega, chief revenue officer at The 19th, most recently launched Broad Branch Strategies, a consultancy focused on revenue and communications. She previously oversaw revenue efforts, events and marketing as publisher of The Hill and senior vice president at National Journal.

Errin Haines, editor-at-large of The 19th, was previously the national writer on race for The Associated Press. She’s an award-winning journalist with nearly two decades of reporting experience, including at The Los Angeles Times, the Orlando Sentinel and The Washington Post.

The 19th will be headquartered in Austin, Texas, and its employees will live and work across the country. The news organization is currently hiring for 17 additional positions and offering benefits that include six months of paid family leave for new parents.

“It’s been almost a century since our namesake 19th Amendment to the Constitution made voting a right regardless of one’s sex. It took another four decades, well into the civil rights movement, for women of color to attain that same right,” Ramshaw said. “The asterisk in our logo reminds us of that fact, and invites our readers to join us in learning more about the work that remains to ensure all women have the fact-based, nonpartisan news and community they need to pursue equal footing.”

Individuals who want to learn more about The 19th’s new nonprofit newsroom can sign up to receive updates and become founding members at www.19thnews.org. They can also follow The 19th on Twitter at @19thnews. 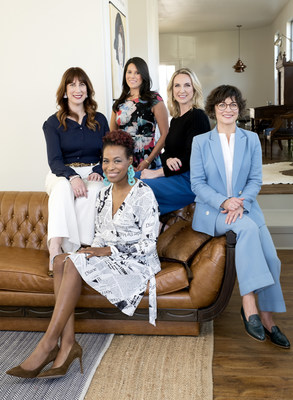