The eighteen students will receive $10,000 per year for up to four years towards college tuition and room and board. To date, the scholarship program, now in its ninth year, has awarded $7 million to 175 students.

“This year’s applicants and scholarship recipients are a remarkable group of young adults,” said John Heubusch, executive director of the Ronald Reagan Presidential Foundation and Institute. “We are proud to award college scholarships in President Reagan’s name to these proactive, informed and engaged citizens, who will only continue to make a difference in their communities and our nation in the years to come.”

“We congratulate this year’s recipients of the GE-Reagan Foundation Scholarship,” said Tony Denhart, University Relations Director for GE. “As they embark on their journeys of higher education, I look forward to their accomplishments and the lasting impact that they’ll bring to their communities and the world.”

The GE-Reagan Foundation Scholarship Program was recently cited by U.S. News and World Report as one of four “huge scholarships worth $10,000 or more” that students should seriously consider. The scholarship selection committee evaluated the applicants on four values personified by President Reagan: leadership, drive, integrity, and citizenship.

About GE:
GE (NYSE: GE) is the world’s Digital Industrial Company, transforming industry with software-defined machines and solutions that are connected, responsive and predictive. GE is organized around a global exchange of knowledge, the “GE Store,” through which each business shares and accesses the same technology, markets, structure and intellect. Each invention further fuels innovation and application across our industrial sectors. With people, services, technology and scale, GE delivers better outcomes for customers by speaking the language of industry. www.ge.com 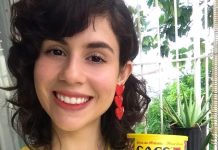