Launched to coincide with the annual Citizenship Day activities, the “Stand Stronger” campaign is a project of non-profit Civic Nation that will leverage the Obama Administration’s efforts to build a multi-year, nonpartisan, educational, public awareness initiative supported by the public sector (federal, state and local governments), private sector, philanthropy and media. The goal is to educate and empower the millions of eligible permanent residents to become new Americans by pursuing the naturalization process in order to access opportunities and to reach their full potential as U.S. Citizens.

Republica is providing its services pro bono, including strategy, branding, creative, digital, messaging and social media platforms for the campaign, which are all focused on demystifying potential obstacles that are inhibiting eligible permanent residents from applying for citizenship. Key barriers to naturalization include lack of understanding about the process, concern about the English language requirement, lack of time to prepare, and real or perceived inability to pass the naturalization exam.

“By becoming an American citizen, you’ll be taking an important step toward giving your dreams a chance to grow with the promise of increased job opportunities the rights and freedoms afforded to all U.S. citizens and the opportunity to give back to the country you now call home,” says President Barack Obama in the campaign’s inaugural Public Service Announcement.

“Republica is proud to launch ‘Stand Stronger,’ a campaign that we believe will inspire and mobilize those 8.8 million eligible residents to make the commitment to becoming American Citizens,” said Jorge A. Plasencia, Republica co-founder, chairman and chief executive officer. “I commend our outstanding team members who have worked tirelessly to bring the campaign to life, and thank our partners for their significant support,” added Plasencia.

“The campaign’s main message is that becoming a naturalized citizen matters – today and in the future – and will positively impact you, your family, your community, and ultimately, our country,” said Luis Casamayor, Republica co-founder, president and chief creative officer. “Our creative inspiration is that naturalization is not about changing your identity, but about building upon who you already are.”

“Stand Stronger” is a multiplatform campaign that features a website (CommitToCitizenship.org) built by Republica, as well as public service announcements, social media platforms and engagement (@StandStrongerUS), digital advertising, and print collateral. Celebrity influencers will also be incorporated into forthcoming creative assets of the campaign.

“Stand Stronger” is activated through the collaboration of a coalition of non-profit, philanthropic and private sector contributors organized by Civic Nation, a charitable and educational organization that promotes sensible public policies. In addition to Republica, other contributors include: PVBLIC Foundation, an in-kind grant making organization aggregating donated advertising to support “Stand Stronger,” and TruthCo., an innovator and pioneer of in-depth, actionable cultural insights contributing market data for the campaign.

Key partners for the production of the public service announcements include:

Founded in 2006, Republica is one of America’s leading independent cross-cultural advertising, communications and digital agencies, providing services to multinational consumer and b2b brands in the United States and Latin America. Republica, one of America’s fastest-growing private companies, is part of the Inc. 5000 Honor Roll, an exclusive group of companies ranked on Inc. magazine’s annual listing of fastest-growing companies for five consecutive years. Republica’s honors include multiple ADDY, Silver Anvil, Telly, Davey, Appy, Communicator and MarCom awards. Republica is a member of MAGNET, the world’s leading network of independent agencies. For more information, visit www.republica.net, like on Facebook at www.facebook.com/RepublicaWorld and follow @RepublicaWorld on Twitter. 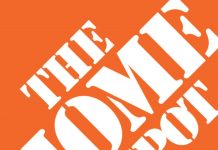