MIAMI, Oct. 11, 2021 /PRNewswire-HISPANIC PR WIRE/ — Top Independent Latin record label RichMusic LTD continues to build its talent arsenal, announcing today that it has signed five new artists to the label including Colombian producer Animal, the label’s first female signing paopao from Puerto Rico, producer and songwriter Symon Dice, up-and-coming Argentinian singer Thyago and Venezuelan photographer Luis “Vomba” Marquez. With the addition of these new musical artists and a visionary photographer, each new signing brings something unique to the table, helping RichMusic merge music and visual content and push the boundaries of what a Latin record label can provide for artists from a creative perspective. 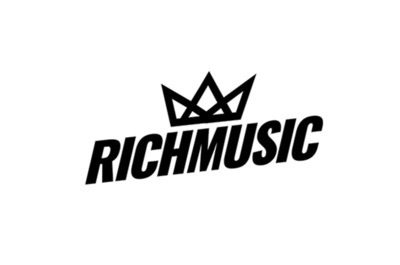 “We are beyond excited to be bringing in this new wave of talent. Each one of them brings their own unique brand of raw talent, musical prowess, and passion for their craft,” said Josh Mendez, CEO and co-founder of RichMusic. “They inspire us to keep dreaming and to think bigger, and we can’t wait to show their talent to the world and grow along with them.”

Mendez, who was named one of Billboard’s Latin Power Players earlier today, has built a strong repertoire for the label by nourishing and investing in new artists. The label’s A&R process is set up like a talent incubator, providing artists with boot-camp style workshops, matching them with different producers to create new sounds and expand their creativity, and helping to shape their brand and artist image.

Meet the five new artists whose art RichMusic will be bringing to the masses:

Animal: Born and raised in Medellín, Colombia, Animal’s original career path was to be a lawyer, but growing up he always had a passion for music which had a powerful pull on him and took him down a very different path in life. He fell in love with urban music after being inspired by artists like Lil Wayne and he knew he wanted to dedicate his life to creating sounds that affected people in the same way. With a degree in sound engineering, he eventually became the owner of Music Factory, a small but successful recording studio in Medellín where the likes of Maluma and Karol G recorded some of their hits. After visiting the city of Miami, his life changed again as he decided to sell his studio and move to South Florida to create music alongside independent record label RichMusic. His sound has evolved to urban pop with a powerful beat. Animal is currently working on his upcoming album and is set to release his first single, a collaboration with Venezuelan artist Adso Alejandro in the coming weeks.

paopao: Paola Nicole Marrero Rodríguez, known professionally as paopao, is a Puerto Rican Latin GRAMMY® winning singer-songwriter. Her musical style is described as a mix of reggaeton and alternative pop. As the only female artist on the roster, she brings perhaps the most unique element to the mix. Paola was involved in music and the arts from an early age, performing wherever she could, taking dance, piano, guitar and vocal lessons, and writing original music. After graduating highschool in the Dominican Republic in 2013, she moved to Miami to study media writing and production with a minor in songwriting at the University of Miami’s Frost School of Music and later completed her Master’s program in Music Business at Frost on a full scholarship. During her time at Frost, Paola interned at various music studios and publishing companies such as Emilio and Gloria Estefan’s Crescent Moon Studios, George Noriega’s Cutting Cane Studios, and Peermusic under the mentorship of Julio Bague where she took her first steps in the Latin music industry. In August 2018, Paola was awarded the annual Peermusic Latin Scholarship for her original composition “Lluvia.” Two years later she won her first Latin GRAMMY® as a songwriter on the track “Ticket de Salida” included on Chiquis Rivera’s album “Playlist,” which was recognized by the academy as “Best Banda Album” of the year. Shortly after graduating college, she began working at RichMusic as a Label Manager and has now made the transition from employee to signed artist. Last week she released her first single, “pal sex,” a track produced by visionary hitmaker Dímelo Flow, along with BK and Mizu, which she co-wrote with Toy Wapo. She has also wrapped production for the song’s accompanying music video, marking another first for the artist. You can listen to “pal sex” here and watch the music video here.

Symon Dice: Growing up in Medellin, Colombia, Symon was exposed to the music industry at an early age. His mother was an event and concert producer, while his father was a guitarist and music producer. Initially a self taught guitarist and piano player, he later developed his musical skills professionally and took every opportunity to display his talent, winning “Battle of the Bands” tours around Colombia. He is completely dedicated to his craft and as a producer, his creative process starts with a chord progression that evolves into complex stories and rhythmic beats. After spending over a year touring with Tony Dize, Symon was discovered by RichMusic in New York before eventually reconnecting and joining their lineup of all-star producers. Symon has collaborated with some of the best artists in the industry, co-producing platinum hits alongside RichMusic’s own hit-maker Dímelo Flow, including Farruko’s “Inolvidable,” Justin Quiles, Zion and Lennox’s “No Quiero Amarte,” and Natti Natasha’s “Me Gusta.” He has also worked on albums with other RichMusic artists like Dalex and Sech. When Symon is not making music, he spends his time up in the clouds as a commercial pilot. But for now, Symon is staying on firm ground and will continue to put his impressive musical talents to work by putting his own stamp on RichMusic’s much anticipated album “Always Dream ” set to release early next year. This past September Symon released his new single “Que Te Pasó” along with Dalex, Juhn, Gigolo and LaExce. You can listen to the track here and watch the music video here.

Thyago: Born in Buenos Aires, Argentina, Thyago began his musical career playing his first notes on the guitar at just 14-years-old. He rose to Internet stardom after he began sharing videos showcasing his raw vocal talent and soon the invitations were pouring in to perform on stages across Argentina. His massive online following helped him secure a variety of televised musical shows and performances, including one with recognized Argentinian Rapper Lit Killah, who became his mentor and a significant figure in his career. Known for his penchant for ballads and romantic songs, Thyago’s early musical inspirations came from David Bisbal and Sin Bandera, but he’s also recently been influenced by the Latin urban sound that RichMusic has become known for with artists like Sech and Dalex. This combination is sure to inspire interesting fusions between ballads and reggaeton in his music. His melodic voice and the smooth rhythm of his tracks will certainly differentiate him from other artists in the urban genre. Thyago has always composed his own songs with the support of great collaborators. His well-received first single “XOXO” dropped last month, and has already proved that audiences want to hear more. Thyago is already hard at work with RichMusic to release new music this month and is bound to continue evolving and showcasing his versatility as an artist with each new song he puts out.

Luis “Vomba” Marquez: Professionally known as Vomba, the Venezuelan photographer has worked collaboratively with RichMusic for many years but has signed on as their official visual content manager. While working with the label, Vomba has photographed several album covers for artists on RichMusic’s roster and has also worked with artists such as Danny Ocean, Sebastian Yatra and Corina Smith. During his career, Vomba has photographed some of the most successful celebrities and artists in the industry including Bad Bunny, David Beckham, Tyga and for fashion brands like Off-White. He’s also had the opportunity to flex his skills in directing, acting as director for several music videos. He is set to launch a new project in the coming weeks called ”Vombshell,” which showcases exclusive content, photos, special merchandise drops and collaborations with different artists.

In addition, both Thyago and paopao are among the 150 creators selected to participate in the first-ever TikTok Latinx Creatives accelerator program. A project meant to inspire and entertain TikToks’s global community of 1 billion monthly active users, which is partially spearheaded by Emmy-nominated director, producer, actress, activist and entrepreneur Eva Longoria and her production company, UnbeliEVAble Entertainment.

RichMusic is well on its way to developing a diverse talent and music catalog. To see RichMusic’s full talent roster visit https://richmusicltd.com/artists/. Last month, RichMusic released the single, “MMC,” the second track off of the label’s much anticipated “Always Dream” album produced by Panamanian DJ and hit-maker Dímelo Flow. “MMC” followed the album’s first single “Se Le Ve ” which dropped on August 12. The single is available on all streaming platforms. Listen to “MMC” here and watch the music video here.