LOS ANGELES, Oct. 29, 2020 /PRNewswire-HISPANIC PR WIRE/ — Puerto Rican singer CHESCA is promoting a message of Change with “El Cambio,” a Spanish language interpretation of “The Change” initially performed by superstar JoJo. “The Change” was written by Diane Warren, whose hits include nine number-one songs and 32 top 10 songs on the Billboard Hot 100 chart. Diane Warren is one of the most continuously prolific, successful contemporary, and lauded songwriters of our time. This Grammy, Golden Globe, Emmy, and 11-time Oscar nominee’s iconic songs have garnered countless awards across all platforms. She is revered in the music industry and is an inductee in the Songwriters Hall of Fame and has her own star on The Hollywood Walk of Fame. Warren’s songs have sold over 250 million records worldwide, and her songs are featured in over 150 films. 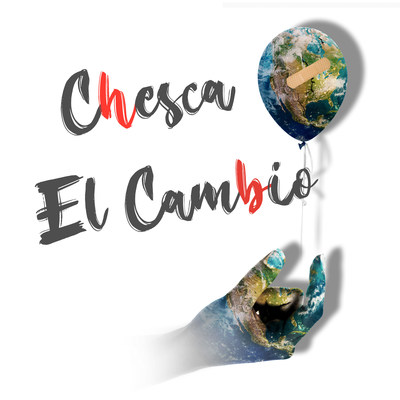 “I love what CHESCA has done with ‘The Change.’ It’s a powerful record. JoJo did a brilliant job in English, and now we have a fantastic Spanish version. Let ‘The Change’ begin everywhere!” says Diane Warren.

With less than one week left until the November 3 election, “El Cambio” has been officially chosen to be used in a Joe Biden and Kamala Harris 2020 campaign video for their promotional efforts to get out the vote. “El Cambio” makes its debut just in time to make it an anthem and beyond! It embodies the need for Change, using your voice and connecting us all. The video accompanied by the song empowers and inspires reform and getting out the vote!

“El Cambio” continues to secure CHESCA as one of the most promising Latinx community singers. Variety honored her as one of 10 Latinxs to Watch in 2020.

“Be the change you want to see,” says CHESCA

CHESCA was born and raised in Puerto Rico and grew up around a very musically driven family. She released her first Spanish single, “Azucar” in October 2018 – an urban pop record with the combination of Reggaeton and Latin sounds produced by Grammy-winning producer Jimmy Joker and written by Grammy winners AJ Janussi, Bilal The Chef, I AM Chino, and Jorge Gomez. Along with her music video, this song made a mark in the industry generating over 4m views as an independent release. The song was placed on a scene for the movie “What Men Want” and made it to the Top 10 Radio Airplay Charts in Puerto Rico. In 2020, Chesca was featured in the #1 Hit on Latin radio airplay “Subelo” (Further Up) with Static & Ben El and Pitbull. Her debut single, “Deja De Hablar,” signed under Saban Music Group (SMG), featured top Latin urban artist- Jon Z. In May 2020– Chesca dropped “Hijo De Uff,” which features mega influencer and artist Sebas. Most recently, Chesca’s “Te Quiero Baby (I Love You, Baby)” featuring Pitbull and Frankie Valli reached the milestone of 10 million views on YouTube one month after it premiered on the platform. The Spanish language version/interpolation of the iconic 1967 hit by Valli’s “Can’t Take My Eyes Off You” has resonated with audiences everywhere, reaching #1 Most Added at Radio, just two weeks after its release and scoring Frankie Valli his first appearance on Billboard’s Hot Latin Songs charts arriving at No. 40 (dated October 31.)

Diane Warren is one of the most continuously prolific, successful contemporary, and lauded songwriters of our time. This Grammy, Golden Globe, Emmy, and 11-time Oscar nominee’s iconic songs have garnered countless awards across all platforms. She is revered in the music industry and is an inductee in the Songwriters Hall of Fame and her own star on The Hollywood Walk of Fame. Warren’s songs have sold over 250 million records worldwide, and her songs are featured in over 150 films.  Her most recent song, “Free,” sung by Charlie Puth from Disney +’s “The One And Only Ivan,” is already an Oscar frontrunner. Her 2020 nominated song was “I’m Standing With You,” sung by Chrissy Metz from the film “Breakthrough,” which became an anthem worldwide, as have her last three Oscar-nominated songs. Her “I’ll Fight,” sung by Jennifer Hudson at the 2019 Oscars for the CNN documentary RBG, followed the film “Marshall’s Stand Up For Something” with Warren’s music & lyrics. Before that was “Til It Happens To You,” sung by Lady Gaga at the 2017 Oscars for the Hunting Ground documentary. That song jump-started the #MeToo movement. Diane penned the Beyonce hit, “I Was Here,” which Beyoncé performed at the United Nations.  Many of Warren’s songs that are entrenched in pop culture include; “Rhythm Of The Night,” “Nothing’s Gonna Stop Us Now,” “How Do I Live,” “Unbreak My Heart,” “Because You Loved Me,” “I Don’t Want To Miss A Thing,” “If I Could Turn Back Time” and numerous others. Warren wrote the song, “This Is For My Girls,” released in 2016 for First Lady Michelle Obama’s “Let Girls Learn” initiative.  Kelly Clarkson, Chloe & Halle, Missy Elliott, Jadagrace, Lea Michele, Janelle Monáe, Kelly Rowland, and Zendaya recorded the song. The song was performed by Michelle Obama and Missy Elliott on James Corden‘s Carpool Karaoke segment, with over 61 million views to date. Diane wrote the original song “You Will,” performed by Jennifer Hudson and Jennifer Nettles as the theme song for Oprah Winfrey’s “Own” network. She also wrote the current theme song for ABC’s The View called “World’s Gone Crazy,” performed by Mary J. Blige. Warren doesn’t stop; she continues to work with artists that include: Jojo, Post Malone, Cher, Justin Bieber, Christina Aguilera, Snoop Dogg, Adele, Carrie Underwood, Jessie J, Keyshia Cole, Demi Lovato, Jason Derulo, Big Sean, Daya, Emeli Sande, LeeAnn Rimes, Ella Mai, Elle King, Mariah Carey, Paloma Faith, Leona Lewis, Weezer, Macy Gray, Lykke Li, Lizzo, Miguel, Chesca among many others. Diane is a longtime committed animal rights activist.  She’s outspoken on numerous social justice causes as well. “The Change” is not only an anthem for the Biden/Harris campaign but is destined to become a forever classic, adding to the long unique list of her phenomenal classics.

Saban Music Group LLC (SMG) is a global music entertainment company based in Los Angeles, California. SMG was founded in 2019 by Haim Saban, Chairman and Chief Executive Officer of Saban Capital Group LLC and a worldwide pioneer and leader in the entertainment industry. SMG captures the globalization of music by identifying, signing, and developing artists with international appeal. This year, SMG announced a global distribution and marketing agreement with Universal Music Group (UMG), the world leader in music-based entertainment.

Saban Music Group And Rising Star Chesca, Release “El Cambio,” A Spanish Interpretation Of Diane Warren’s “The Change,” An Anthem For The Joe Biden And Kamala Harris 2020 Campaign and Beyond!