SAN ANTONIO, Oct. 1, 2019 /PRNewswire-HISPANIC PR WIRE/ — The much-anticipated, October opening of Ruby City is the latest major cultural development in San Antonio, coming on the heels of a $100 million expansion of The Witte Museum, a multi-million-dollar transformation of the McNay Art Museum and a $40 million expansion at the San Antonio Botanical Garden. The new experiences, along with remarkable exhibitions puts San Antonio in the art world spotlight this fall. Opening October 13, Ruby City is the dream made reality of the late philanthropist Linda Pace for a dedicated space for contemporary works by locally and internationally acclaimed artists. Building on the Linda Pace Foundation Collection of more than 900 works, the inaugural exhibition is presented in three parts, entitled Waking Dream, Isaac Julien: Playtime, and Jewels in the Concrete. The design of the building by distinguished architect Sir David Adjaye OBE is inspired, in part, by the 16th century Spanish Missions in San Antonio. The exterior concrete skin is imbued with a rich red tone giving the building its ruby red glow. Ruby City is part of a larger campus including Chris Park, a public green space named in memory of Pace’s son, and Studio, an exhibition space presenting curated shows throughout the year.

San Antonio visitors also can look forward to a celebration of Mexican artist Sebastián, in the exclusive city-wide exhibit “Sebastian in San Antonio: 50+ Years/20+ sites/100+ works.” Best known for his monumental sculptures found around the world, Sebastián’s work has been shown in more than 190 solo exhibitions and permanent works in over 20 countries including Germany, Brazil and Japan. San Antonio is of significance for Sebastián and his work, with his iconic “La Antorcha de la Amistad” sculpture a notable part of the city’s skyline. More than 100 2D and 3D works will be on display from September 2019 to May 2020 in accessible locations including the River Walk, Market Square, Culture Commons Gallery at Plaza de Armas and the San Antonio International Airport.

The opening of Ruby City and the Sebastián exhibition join San Antonio’s over two dozen cultural institutions and art programs, making the city a top destination for art lovers. Additional arts highlights for this fall include: 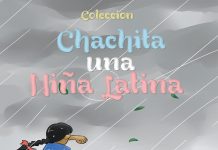 María Magdalena’s New Book, “Chachita, A Latin Little Girl”, Opens For Us A World Full Of Wonder Where The Courage Of A Little Girl...