RIVERSIDE, Calif., June 11, 2020 /PRNewswire-HISPANIC PR WIRE/ — Entrepreneur, Activist, and Philanthropist, Sandy Piña, wins for the second time the California Congressional District 42nd. Delegate election for VP Joe Biden. Sandy is a philanthropist and a highly involved community activist for the las 40 years. As a Latina entrepreneur from humble beginnings, Ms. Piña is an advocate and supporter of a variety of causes for women, children and the Latino community. Pioneering the way for professional women, in 1987 Ms. Piña became the first female Kiwanis Club member and eventual President of the East LA Kiwanis Club. 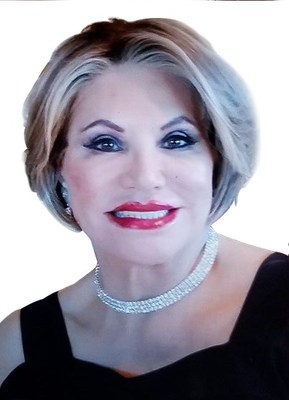 As a Latina woman, Ms. Piña is deeply committed to the advancement and enriched of those in need. Ms. Piña has witnessed first-hand the political and economic injustices a broken immigration system has inflicted on the Latino Community. She believes that although the Affordable Care Act is in need of some reform, ultimately it is important as it provides much needed healthcare to so many families who would otherwise not have access. Ms. Piña has also taken the initiative to be an advocate for increased aid and assistance to the poor, she understands that all Americans deserve equal rights and that civil rights should be upheld for all. Ms. Piña believes that families torn apart due to failed immigration policies inflict more harm on our economy then help it, and that working to expand opportunities for Americans is vital to rebuilding our unstable economy.

To join the fight and register to VOTE by clicking HERE!

Ms. Piña believes that women and Latinos need to raise their voices and speak out about the important issues that matter to them. The only way the priorities and concerns of our communities will rise to the top of the national agenda is if our voices are heard.

We encourage you to join Sandy Piña in this fight for justice and elect VP Joe Biden as our President. To give to the BIDEN Campaign click HERE!  #SiSePuede

Survey finds overwhelming support by Americans of both parties to fund the U.S. Postal Service during pandemic