The Best Use of Color award is given to the student designer whose use of color most enhances the design of his or her garment. The winning look will be presented with the first-ever People’s Choice Award at the The Future of Fashion show on Thursday, April 30, at 7 p.m. at FIT’s John E. Reeves Great Hall. The designer will also be featured in a future issue of Siempre Mujer.

“Siempre Mujer is absolutely thrilled to once again be a part of the highly anticipated The Future of Fashion show,” says Marrero. “I’m so delighted to serve as a general judge in this year’s competition, meet the up-and-coming talent, see their work firsthand, and judge how they incorporate a range of color palettes to bring their fashion designs to life.”

FIT’s The Future of Fashion is the place for established designers, editors, and other VIPs to preview the fashion industry’s most promising young designers. There were 77 designers selected from a selection of almost 200 looks on display. Student designs exhibited on Judging Day included FIT specializations in women’s sportswear, special occasion, knitwear and intimate apparel, plus children’s wear. The professionally-produced show also showcases a capsule collection by graduating Fashion Design students who spent their final year at the college’s Milan campus at the Politecnico di Milano.

While admission is by invitation only, the show will be streamed live on FIT’s website.

ABOUT SIEMPRE MUJER
Launched in 2005 by Meredith Corporation (NYSE: MDP, www.meredith.com), Siempre Mujer is the only magazine written for, by and about the modern U.S. Hispanic woman who is actualizing her goal of success. With fresh, authentic and inspiring content, Siempre Mujer has become one of the leading Spanish language women’s magazines and the Latina’s source for the things she cares about most; beauty, style, fitness, fashion, arts, culture, and career, helping her be the best woman she can be, a leader, a doer, and a role model. Siempre Mujer reaches 1.8 million readers every issue, and is published on a bi-monthly basis. SiempreMujer.com provides the latest in beauty and fashion trends, and original editorial content about relationships, current events, celebrity news and entertainment.

ABOUT THE FASHION INSTITUTE OF TECHNOLOGY
The Fashion Institute of Technology, a college of the State University of New York, has been a leader in career education in art, design, business, and technology for nearly 70 years. With a curriculum that provides a singular blend of hands-on, practical experience, classroom study, and a firm grounding in the liberal arts, FIT offers a wide range of outstanding programs that are affordable and relevant to today’s rapidly changing industries. The college offers more than 45 majors and grants AAS, BFA, BS, MA, MFA, and MPS degrees, preparing students for professional success and leadership in the global marketplace. Visit www.fitnyc.edu. 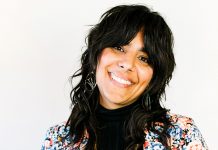 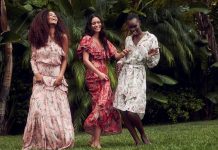 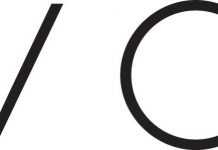 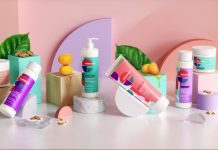