NEW YORK, Nov. 12, 2015 /PRNewswire-HISPANIC PR WIRE/ — Siempre Mujer, the largest Spanish-language lifestyle magazine for Latinas in the U.S., expanded its annual Day of the Dead celebrations to Chicago this year. In addition to partnering with the Museum of Latin American Art (MOLAA) in Long Beach, Calif., Siempre Mujer teamed up with the National Museum of Mexican Art (NMMA), one of the most prominent Latino organizations in the country and the only Latino museum accredited by the American Alliance of Museums, to host the inaugural Day of the Dead: Love Never Dies fundraising ball on Friday, Nov. 6, at NMMA. The ticketed event was open to the public and attracted 450 guests from the art, politics, media, entertainment, philanthropy and business worlds, including Chicago City Treasurer Kurt Summers, NMMA Board of Trustees Chair and Managing Director of Wintrust Financial Corporation Carlos Cardenas, NMMA Auxiliary Board Chair and Area Manager for the Chicago Park District Maya Solis, Grammy and Latin Grammy-nominated co-founder of the Sones de Mexico Ensemble Juan Dies, and Hoy Noticias MundoFox13 Anchor and the event’s Mistress of Ceremonies Nicole Suárez, to commemorate the traditional Mexican holiday rapidly gaining popularity in America and around the world.

“The Love Never Dies ball was a beautiful addition to the Museum’s annual Day of the Dead celebrations,” says Carlos Tortolero, President and CEO of the National Museum of Mexican Art. “We thank Siempre Mujer for their support of our Day of the Dead traditions and the Museum’s education programs.”

The ball capped off a week of exciting Day of the Dead activities taking place around the museum and the city of Chicago, and coincided with NMMA’s annual Day of the Dead exhibition, which is the largest and most celebrated of its kind in the country, attracting more than 60,000 visitors every year.

Event guests received a private viewing of this year’s exhibition, called La Muerte Niña: Day of the Dead. The exhibit features installations, folk art, paintings, sculptures and traditional altars—including ones dedicated to the 43 students from the Ayotzinapa, Guerrero Teachers College who have been missing since September 2014, and others honoring iconic Tejano artist Selena on the 20th anniversary of her death, acclaimed Hollywood actor Anthony Quinn, and Mexican wrestler, movie star and pop icon El Santo—specially created for NMMA by more than 90 artists of Mexican descent from both sides of the border. The exhibit runs through Dec. 13.

“Siempre Mujer was thrilled to be a part of the National Museum of Mexican Art’s acclaimed Day of the Dead celebrations,” says Cristy Marrero, Group Content Chief of Meredith Hispanic Media and Editor-in-Chief of Siempre Mujer. “The Museum was the perfect place for this event, which brought together the Chicago community to authentically celebrate Latino culture.”

“We’re committed to supporting Latino communities across the country, and there’s no better way to give back than to support the arts,” says Siempre Mujer Associate Publisher Veronica Viviana Wilson. “The National Museum of Mexican Art is a world-renowned cultural institution and a critical asset to the Chicago community, so we thank our returning sponsors and new event partners for joining together to help the museum continue to thrive.”

ABOUT SIEMPRE MUJER
Launched in 2005 by Meredith Corporation (NYSE: MDP, www.meredith.com), Siempre Mujer is the only magazine written for, by and about the modern U.S. Latina woman who is actualizing her goal of success. With fresh, authentic and inspiring content, Siempre Mujer has become one of the leading Spanish language women’s magazines and the Latina’s source for the things she cares about most; beauty, style, fitness, fashion, arts, culture, and career, helping her be the best woman she can be, a leader, a doer, and a role model. Siempre Mujer reaches 1.8 million readers every issue, and is published on a bi-monthly basis. SiempreMujer.com provides the latest in beauty and fashion trends, and original editorial content about relationships, current events, celebrity news and entertainment.

ABOUT THE NATIONAL MUSEUM OF MEXICAN ART
The National Museum of Mexican Art showcases 3,500 years of creativity from both sides of the Mexican border, connecting visitors to the diversity of authentic Mexican art and culture. Works from the Chicago museum’s 8,500-piece Permanent Collection are exhibited in its bilingual galleries, and the museum’s location in Pilsen allows for a total immersion in the richness of Mexico’s culture. Admission is always free at the National Museum of Mexican Art, the only nationally accredited Latino museum in the United States. For information, visit www.NMMArt.org or watch this short video: http://www.nationalmuseumofmexicanart.org/exhibits/featured/get-know-museum-watch-video 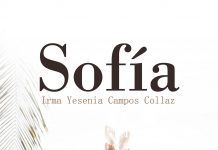 Irma Yesenia Campos Collaz’s new book Sofía, an enthralling story about a woman’s journey in life that emanates with desire, love, and goodness 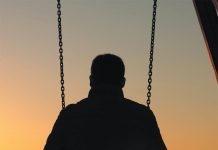 Martin Alfredo Garache’s new book Amándote a la Distancia, is an enrapturing collection of poems that share an unbreakable love amid separation and loneliness 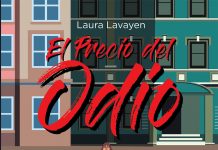 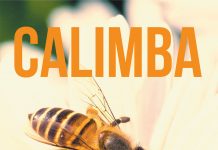