MIAMI, Oct. 15, 2018 /PRNewswire-HISPANIC PR WIRE/ — The Spanish flamenco artist Diego el Cigala, known for blending European and Afro-Cuban traditions, has reimagined the classic salsa sound in a new documentary called “Indestructible: The Soul of Salsa.” On Tuesday, November 6th, The Orchard and Sony Music Latin will release the documentary on a global scale on digital and on demand.

Indestructible: The Soul of Salsa, a 90-minute music documentary directed by David Pareja, developed organically as a way to document the recording process and the significance behind Cigala’s Indestructible album. This album was nominated for a 2018 Grammy Award in the category of Best Tropical Latin Album. The music documentary takes audiences on a visual journey through the history of Salsa from its inception until the very moment when Cigala gives it his own flare. In the film, Diego drives his strong personality as a musician to the open roads that lead from Colombia to New York via Cuba (Havana), Puerto Rico (San Juan), The Dominican Republic and Miami. Indestructible captures an experience that reflects Cigala’s unique adventure beyond the music. By visiting places where Salsa prevails and has stood the test of time, Cigala knows it’s a powerful genre that reaches the hearts of all who love life. Indestructible will give viewers an extraordinary glimpse into the moments when Cigala encounters the greatest living legends of Salsa during his travels.

Inspiring new steps for a rhythm that has always been synonymous with life, happiness, hopes and dreaming, the film is an homage to the FANIA heritage of Music. Throughout the film, Cigala performs with an all-star cast including singer Oscar D’Leon, pianists Gonzalo Rubalcaba and Larry Harlow, trumpeter Luis “Perico” Ortiz, and many of the original Fania studio musicians. Every performance becomes a nostalgic visit to the past while creatively renewing the soul of the genre’s future.

The documentary will be available with English and French subtitles for the global aficionado. To request an interview with Diego el Cigala, email Susset Cabrera at info@thinkpeacock.com. For more information on Cigala or Indestructible, visit http://www.elcigala.com/. 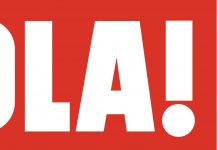 Sony Music Latin & The Orchard partner for the global release of “Indestructible: The Soul of Salsa” on Tuesday, November 6th