MIAMI, Dec. 19, 2018 /PRNewswire-HISPANIC PR WIRE/ — Spanish Broadcasting System, Inc. (“SBS”) (OTCQX: SBSAA) with its television network, MegaTV announced the triumphant return to radio, television and digital platforms of the famous producer and ventriloquist, Antulio “Kobbo” Santarrosa. The agreement between Santarrosa and SBS was made on December 19, 2018, in the United States and will be effective as of January 2019. 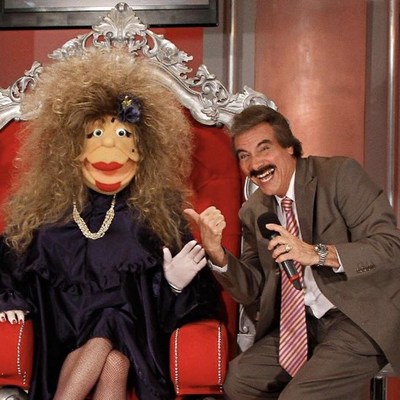 The arrival of Antulio “Kobbo” Santarrosa to SBS-MegaTV comes at a stage of audience growth and expansion of its programming amid a critical cycle for the Hispanic community.

“It is exciting for me to join the great Spanish Broadcasting System team, MegaTV, and with great enthusiasm and humility I reach this new step in my career with the opportunity to entertain and inform the Hispanic community in the United States and Puerto Rico,” said Antulio “Kobbo” Santarrosa.

“The arrival of Antulio “Kobbo” Santarrosa to SBS is another reason for celebration for our company. I am sure his return to television and now to radio and our digital platform, LaMusica will be a success in Puerto Rico and the United States. The talent and creativity of Mr. Santarrosa adds another unique and iconic voice to our SBS family,” said Raúl Alarcón Chairman, CEO of SBS.

MegaTV is the most reliable source of news and information for Hispanics in the United States. Our award-winning programs include, “Bayly,” “Ahora con Oscar Haza,” “Paparazzi TV,” “Mega News,” as well as special programs, documentaries and breaking news. The acclaimed team of journalists led by Oscar Haza, Jaime Bayly, Mario Andres Moreno and Natalia Cruz, correspondents and collaborators offer the latest information and best analysis of national and international events, through multiple platforms. MegaTV’s content reaches Hispanic audiences in various markets in the United States and Puerto Rico every day of the week.

MegaTV is distributed nationwide by DirecTV, AT&T U-verse and Verizon Fios (NY-DMA) in the United States. During the next weeks, Antulio “Kobbo” Santarrosa will share an advance of what will be the new concept of his show.

Join the conversation using #LACOMAYSBS. Comment together with others on social networks, and you can listen to us through LaMusica App available on IOS and Android. 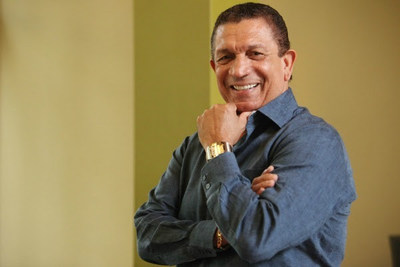