Actor Mario Lopez to Host a Music-Driven, River Parade of Tributes and Remembrance sponsored by AARP 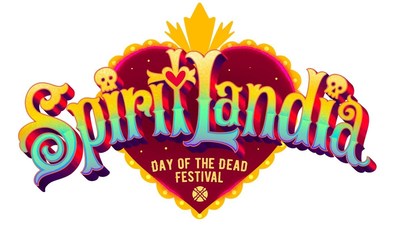 The show was taped in San Antonio, Texas and features the unique-to-San Antonio night parade, an extravaganza of colorful barges floating on the picturesque San Antonio River. The Parade and 4-day Dia de Muertos festival annually draws thousands to San Antonio’s famed downtown River Walk, making it one of the largest Day of the Dead celebrations in the nation. Actor and Access Hollywood host Mario Lopez hosts this star-studded, spectacular cultural showcase!

“Day of the Dead has been a personal journey of discovery, my Grandfather was Purépecha, the birthplace of this UNESCO celebration. What brings me joy and excitement is sharing this journey thru SPIRITLANDIA our Day of the Dead Festival!” said San Antonio Entrepreneur and Executive Producer Chef Johnny Hernandez.

“We are excited to be a part of the largest Day of the Dead (Día de los Muertos) celebration in the U.S., as sponsors of Spiritlandia. At AARP, we honor the importance of this holiday for Latinos and what it means to honor those that are no longer with us and celebrate their souls. Remembering their life with joy, music and food is a vibrant tradition of our heritage that keeps Latinos unidos,” said Yvette Peña, Vice President Audience Strategy, in the Office of Diversity, Equity & Inclusion.

SPIRITLANDIA’s TV special was created as an entertaining, inspirational, and culturally relevant show designed to awaken a broad national and international audience to the joyous meaningful celebration of the Day of the Dead traditions.

Other SPIRITLANDIA broadcast highlights include:

SPIRITLANDIA TO BRING “DAY OF THE DEAD” CULTURA TO MILLIONS OF AMERICANS THROUGH A ONE-HOUR STREAMING SPECIAL AIRING ON LXNEWS CHANNEL ON PEACOCK, THURSDAY, NOVEMBER 3RD!