LOS ANGELES, Feb. 21, 2020 /PRNewswire-HISPANIC PR WIRE/ — Known as Mexico’s most authentic beer, Tecate today announced the launch of its new ‘Mexico is in Us’ campaign, centered on the belief that whenever you feel Mexican, there is Mexico. The campaign officially introduces Tecate’s completely new brand positioning, which celebrates the maverick spirit of being unapologetically Mexican-American, and debuts the brand’s modernized visual identity. 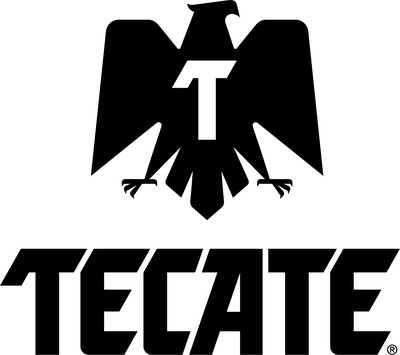 “This campaign goes beyond simply introducing new creative, it marks Tecate’s evolution into a more culturally relevant focus on bicultural Mexican-Americans who want to break convention and live life on their own terms,” said Oscar Martinez, Tecate Senior Brand Director. “We believe that there’s not such a thing as being half Mexican, as there’s not such a thing as being half you. Through the ‘Mexico is in Us’ campaign, Tecate is inspiring Mexican-Americans to embrace 200 percent of their cultural pride on both sides of the border.”

The ‘Mexico is in Us’ campaign officially launched on February 13th with the release of a 30-second video spot (Credentials), and will continue with a second 30-second spot, to be released today (Emotional). The campaign, created in partnership with Nómades, will run for 32 weeks on a mix of TV, radio, digital and social media platforms, with Spanish versions of each spot airing on Hispanic broadcast television, and Spanish and English versions running across digital, social and radio. The spots were filmed in Los Angeles, as well as in the brand’s namesake city of Tecate Baja California, Mexico, a majestic borderland, standing tall between the USA and Mexico. They were shot under the direction of critically acclaimed director, Alfonso Gómez Rejón.

“Tecate’s journey is unifying, both with roots deeply grounded in the ancestral values and traditions of Mexico, and with admiration for the new generation who contribute to the bicultural evolution by forging their own paths,” said Rejón. “Being from the Texas-Mexican border towns of Laredo and Nuevo Laredo, the ‘Mexico is in Us’ campaign is especially significant to me.”

The debut spot re-introduces drinkers to the Tecate brand via an illustrative review of its legacy as an authentic and unapologetic Mexican-American beer, with an emphasis on its roots and recipe that date back more than 75 years. The second spot is an immersive glimpse into the campaign’s narrative that brings to life the sentiment that Mexico is more than a country; it is a feeling. Both spots are available on Tecate’s YouTube page.

As part of the campaign, the brand has also shifted its focus toward more culturally relevant passion points that celebrate Tecate’s maverick spirit, and drive Mexican-American beer drinkers to live unapologetic lives on their own terms. Honing in on soccer and music, Tecate has invested in sponsorships and retail promotions that will bring the ‘Mexico is in Us’ campaign to life via immersive consumer experiences at key events throughout the year.

“In the past, Tecate’s positioning has exclusively focused on masculinity. What we love about the new campaign is that it embodies a more modern and culturally relevant Mexican-American point of view,” said Belen Pamukoff, Tecate Brand Director. “The ‘Mexico is in Us’ campaign showcases the evolution of the brand and is inclusive of everyone and anyone who embraces the best of what Mexico has to offer.”

The campaign will support Tecate’s USA portfolio, which includes the brand’s signature Tecate Original and Tecate Light products, as well as recent innovations, Tecate Titanium and Tecate Michelada. For additional information about Tecate products and the “Mexico is in Us” campaign, please visit TecateBeerUSA.com.

Born in the bicultural borderland of Baja California, Mexico, TECATE® embodies the unapologetic energy of Mexican-Americans in the USA. We are still proudly brewed in our namesake town of Tecate using the same high quality recipe since 1944. TECATE® is imported by Cervezas Mexicanas, White Plains, N.Y. For news and updates, follow us on Twitter & Instagram @Tecate, or visit TecateBeerUSA.com.