NEW YORK, Jan. 24, 2019 /PRNewswire-HISPANIC PR WIRE/ — Romert Díaz Méndez was born in the Dominican Republic, studied at the Technological University of Santiago “UTESA” and graduated with a degree in Computer Science, he completed a master’s degree at the Pontificia Universidad Católica Madre y Maestra, obtaining the title of Magister in Business Administration in August of the year 1994. He has served as a university professor at the Technological University of Santiago “UTESA” and the Dominican University O & M extension of Santiago; as a systems analyst and computer programmer. In 2000 he published his first book entitled “The Hecatombe de Velos”. This is a work of a philosophical-political-religious nature. In September of 2016 he moved, along with his family, to live in the United States of North America; and from there he brings us his new work “¡Sigue La luz!” where he shows us the vicissitudes of a political leader and his participation in the development of a country. 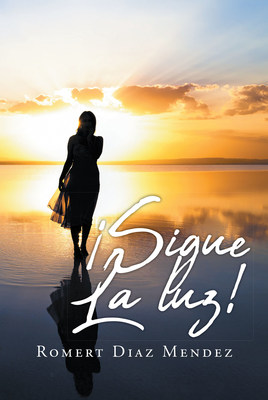 The author Romert Díaz Méndez brings readers a fantastic story about the hope and determination of human beings when they propose an objective to activate the progress of the community: “The plot begins its development in a rural family of very scarce resources who sees how one of his children gets sick and faces death almost with resignation due to lack of resources. In this first part the faith, the sacrifice and the capacity of suffering of the father and the mother are put to the test.

After the first phase of the work, the story continues its development with the daily life of Palmera, where Ramón Duarte, the main character of the work, is persecuted and mistreated during his foray into revolutionary life in his high school years. The young man, during his growth, sees the great contrast between the life of a developed country and his country, which leads him to reflect deeply, becoming a leader that changed and restructured the entire state apparatus of Palmera, until it became a model country of democracy and development for the whole world. “

Published by Page Publishing, based in the city of New York, the work of Romert Díaz Méndez, “¡Sigue La luz!”, Is an interesting, refreshing and original story, written in a novelistic format, which suggests that a better world if possible, with effort and tenacity.

For readers who wish to live an experience full of hope and determination, they can do so, through this wonderful work, by specifying the purchase of “Follow The Light!”, in any book store, or in Apple’s online stores iTunes, Amazon, Google Play or Barnes and Noble.

For additional information or any questions, please contact Page Publishing, through the following number: 866-315-2708.

The new book by Romert Díaz Méndez, “¡Sigue La luz!” is a work that tells the story of Palmera, a developing country and how a leader achieves social progress.