MIAMI, Feb. 21, 2019 /PRNewswire-HISPANIC PR WIRE/ — THEMA America signed a distribution and representation agreement to broadcast CincoMAS, the international channel of Mediaset Spain in HD, for Latin America and the US Hispanic Market. 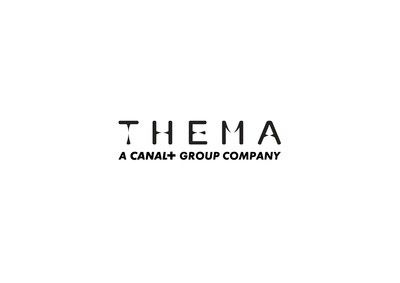 “This alliance between CincoMAS and THEMA carries positive implications for us,” explains Yolanda Giordani, head of the international channel, as it “boosts our commercial capacity, expanding our reach to a greater number of Latin American markets. Also, by distributing our entire broadcasting through Eutelsat 113, a single satellite of global reach, we enhance our operational performance and the features that we offer to the operators with whom we work.”

“We are very happy with this agreement that confirms our leadership in the distribution of international signals in the Americas and expands our portfolio, one of the most diverse and comprehensive in the industry,” added Patrick Rivet, CEO, THEMA Americas.

This change in distribution will not affect CincoMAS programming for its viewers, who will be able to continue enjoying TV entertainment content such as ‘GH Dúo,’ the number one news program with the largest audience in Spain and outstanding fiction productions from the leading communication group in Spain, such as ‘Perdóname Señor’ and ‘Grupo 2 Homicidios,’ among others.

CincoMAS brings the best content of Mediaset for the Spanish-speaking community in the Americas, broadcasting from Monday to Friday shows such as ‘Sálvame,’ ‘Mujeres y Hombres y Viceversa’ and ‘El programa de Ana Rosa,’ adapting them to the American schedule. It also broadcasts live newscasts in its four editions -morning, afternoon, evening and weekend.

About Mediaset España:
Mediaset España (www.mediaset.es), listed on the selective IBEX 35 Spanish Stock Exchange index, is the Spanish audience leader in linear and digital consumption, a position that has been upheld in 2018 for the eighth consecutive year. Its group of generalist and thematic television channels comprises the content offering with the highest number of viewers, led by Telecinco, the leading television channel in Spain for the last 19 years. Mediaset España is positioned as a television reference in information, sports, cinema and entertainment, also featuring fiction programs and in-house production formats. Its content platforms on the Internet and its webpages are placed in the group with the television sites with the largest number of unique users. Through Telecinco Cinema, its productions have also led the Spanish film industry in market share, box office and number of viewers.

THEMA America expands its channel offerings in the Americas by adding CincoMAS – the international channel of Mediaset Spain.