“But, incredibly, Hallmark does not support Universal Background Checks— or any background checks— for gun sales. That is why a complete Hallmark boycott is being called for by the National Gun Victims Action Council (NGVAC) and the Newtown Victims and Clergy for Corporate Responsibility (NVCCR),” said Elliot Fineman, CEO of (NGVAC)

CHICAGO, July 16, 2014 /PRNewswire-HISPANIC PR WIRE/ — When asked by NGVAC why they do not support Universal Background Checks (a background check for every gun sold) when 90% of the American public does, Hallmark’s Chairman Donald Hall, Jr. replied that “We do not get involved in divisive issues.” We do not think the lives of Mr. and Mrs. Stay and four of their five children are “divisive issues” said Fineman.

To view the multimedia assets associated with this release, please click: http://www.multivu.com/players/English/65360-ngvac-national-gun-victims-tell-and-compel-we-re-done-asking/

In fact, Hallmark is involved in divisive issues with their eight lobbyists in DC (costing over $500,000 per year). And, they are involved in the gun issue because they ban guns at their corporate headquarters to protect their CEO and senior management but do not require Hallmark Gold Crown® stores to ban guns.

Hallmark’s spokeswoman, Linda Odell, has publicly stated that Hallmark would never support any anti-gun initiatives. This is in response to Hallmark being on the NRA’s enemies list for supporting a 1999 Missouri ballot initiative that would have strengthened the requirements to get a conceal and carry license.

“Hallmark has seen that the NRA views anyone speaking up for gun safety as anti-gun. Avoiding ‘divisive issues’ is a cowardly position not worthy of Hallmark.  Living up to their mission ‘making a genuine difference in every life every day’ is the real Hallmark” said Rabbi Praver Newtown Rabbi and co-chair of NVCCR,” said Rabbi Praver head of the Newtown Synagogue and co-chair of NVCCR.

“Hallmark and other corporations of conscience can no longer stand on the sidelines when it comes to gun violence in America. The recent slaughter of the Stay family, the Sandy Hook massacre, the mass killings at Aurora, Phoenix and Santa Barbara and the recent murders of two police officers in Las Vegas are vivid reminders to us that the status quo is no longer acceptable,” said Rev. Matthew Crebbin, Senior Pastor of Newtown Congregational Church, UCC and co-chair of NVCCR.

It was well known that the accused murderer of the Stay family was violent and mentally unstable. He had a history of domestic abuse including restraining orders from his ex-wife and even from his own mother (see http://www.khou.com/news/Suspected-gunman-in-mass-shooting-had-history-of-violence–266666161.html ). With his record and history of violence it is highly likely that Universal Background Checks could have prevented the accused killer—and other would be killers—from acquiring a gun.

Since Sandy Hook, over 6 million firearms have been sold without background checks (source: gun-violence prevention website).  A great majority of these buyers have serious mental disabilities, are criminals, domestic abusers and other prohibited purchasers.  The NRA opposes all background checks, they call them anti-gun initiatives.

“Surely Hallmark cannot stand on the sidelines and go along with that,” said Rabbi Praver.

“Until Hallmark gets off the sideline and supports Universal Background Checks (which NGVAC studies show will minimally save 2,000 lives per year) and commits to work for their passage our boycott will continue,” said Fineman.

If protecting the Stay family and America’s families is not reason enough for Hallmark to act, then it is reason enough for the over 90% of Americans that want Universal Background Checks to not buy any Hallmark products or to support any of the Hallmark Channel sponsors. 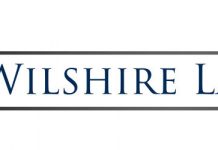