WASHINGTON, Feb. 18, 2021 /PRNewswire-HISPANIC PR WIRE/ — In response to the threat of mis- and disinformation on democracy and public health, Voto Latino, the largest Latinx voter registration organization in the U.S., and Media Matters for America, the nation’s premier media watchdog organization, are announcing the launch of the Latino Anti-Disinformation Lab. The collaborative effort will work to better understand and strategically combat misinformation at all stages and on all mediums, seeking primarily to influence Latinx individuals.

The Latino Anti-Disinformation Lab will be chaired by Voto Latino co-founding President and CEO María Teresa Kumar, Media Matters for America President and CEO Angelo Carusone and former Democratic National Committee Chairman Tom Perez. It will, for the first time, establish the systems and network necessary to help combat mis- and disinformation that further polarizes and isolates Latinx voters.

The need for this initiative is clear. In the months leading up to the 2020 general election, voters were subject to higher levels of mis- and disinformation than ever before. Spanish and English language voter fraud misinformation, fear mongering tactics, and disinformation about COVID-19 spread throughout the media and on mainstream social platforms like Twitter, Facebook, Whatsapp, YouTube, and other online communities. This included a significant increase in false information targeting communities of color, disproportionately impacting Spanish-speaking audiences over the age of 40.

“For decades, disinformation has been a weapon that corrupt governments in failing states use against their own people,” said Voto Latino’s Maria Teresa Kumar. “But now that same weapon is aimed at the most vulnerable in the United States, exploiting some officials’ moral weakness and social media’s deliberate lawlessness to sow greater distrust of our critical institutions than ever before. The spread of lies around the COVID vaccine is proof positive that disinformation has become a life and death issue if not curbed and addressed.”

The Latino Anti-Disinformation Lab is the largest investment in combatting disinformation in Latinx communities to date. It will combine Media Matters’ media intelligence and disinformation expertise with Voto Latino’s deep knowledge of Latinx communities and digital-first savviness to inoculate impacted audiences across all mediums against targeted misinformation. As part of this effort, Media Matters will expand its monitoring of Spanish-language media and online communities, which a dedicated team will analyze to produce research that will catalyze strategic communications actions for Voto Latino. Voto Latino will invest heavily in data and infrastructure needed to effectively identify and communicate with at-risk Latinx voters.

“Whether its public health, political campaigns or policy  debates – the way the media approaches the issue will greatly influence the outcome,” said Media Matters President Angelo Carusone. “The right-wing sphere has spent years building a misinformation machine to target the Latinx community, which has resulted in a rising tide of disinformation. Despite how overwhelming it may seem, it is both possible and absolutely necessary to confront misinformation head on. This partnership will provide an essential check on that rising tide of disinformation.”

In addition to Media Matters and Voto Latino, former DNC Chairman Tom Perez, the son of first-generation immigrants from the Dominican Republic, will lend his voice and support to the effort to combat misleading information targeting the Latinx community.

“Misinformation targeting the Latino community is a very real and growing threat. We’ve got to address this threat head on with a substantial, focused, and concerted effort. That’s why I am so excited to be a part of this Voto Latino/Media Matters partnership. It leverages Media Matters’ unique capacities and expertise at media monitoring and research with Voto Latino’s extraordinary organizing and strategic communications capabilities,” added Tom Perez. This is the kind of lasting investment in communications infrastructure within the Latino community that is necessary to respond to the threat of misinformation as well as harness durable political and civic power.”

Media Matters for America is a nonprofit media watchdog dedicated to monitoring and exposing conservative misinformation. Through real-time monitoring, comprehensive research and analysis, and rapid response work, Media Matters combats lies, propaganda, and extremism to ensure that all Americans have access to truthful information. 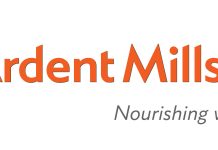 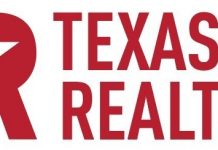 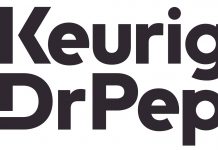 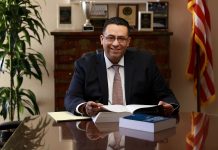