The world’s number one webcomic platform now has 10 million monthly readers and over 100,000 English series

LOS ANGELES, July 27, 2020 /PRNewswire-HISPANIC PR WIRE/ — WEBTOON Entertainment Inc., today announced it has reached six years of operation in the US. This latest milestone reflects another year of strong growth for the webcomic platform – the largest in the world – not just in terms of viewership, but also creator participation and creator revenue. The service plans to celebrate its anniversary with a series of reader and community events and “Coin” giveaways across August.

Readership of WEBTOON’s English language service, launched six years ago, continues to rise rapidly. Page views on the ORIGINALS English service in June 2020 were just over 680 million – up 52% from June 2019. Global page views (excluding Korea) for June 2020 crossed the 1.5 billion page view mark for the first time in company history, a 40% increase on the same period.

WEBTOON’s CANVAS platform, which allows anyone to share their stories, has just reached 100,000 series. WEBTOON ORIGINALS – only available on WEBTOON – is home to some of the biggest names in webcomics, including Lore Olympus. Rachel Smythe’s Eisner Award-nominated series has four million subscribers worldwide, and is scheduled to return in August for season two.

“We owe all our progress so far to our loyal readers and passionate creators,” WEBTOON Entertainment Inc CEO Ken Kim said, “We’re just getting started in taking our steps towards becoming a deeper entertainment service as hits like Tower of God and The God of High School make the leap to animated series. We’re hoping to have more exciting news to share later in 2020 – stay tuned.”

Note for press:
Attached is a brief graphic with significant figures relating to both the US and global WEBTOON markets.

WEBTOON™ has become a cultural and global phenomenon, pioneering the distribution and consumption of web-based comics.  With an average of 64+ million monthly active users, 16.5+ million of whom read daily, more people consume WEBTOON series than watch most television shows.  WEBTOON features a broad and diverse catalog of content from all over the world — including romance, thriller, fantasy, comedy and more.  Launched stateside in 2014, WEBTOON has thousands of creator-owned series with episodes updating daily.  Also boasting partnerships with Legendary, POW!, Top Cow/Image, and more, WEBTOON takes storytelling to the next level.  Creators have been nominated for multiple Eisner Awards, as well as winning a multitude of Ringo Awards.  The WEBTOON app is free to download on Android and iOS devices.

Monthly US users on the WEBTOON service: 10+ million

May 2020* global page views for Lore Olympus: 34+ million
(*note: Lore Olympus has been on hiatus since June and returns August)

Page views of the ORIGINALS series on the English service for June 2020: 680+ million 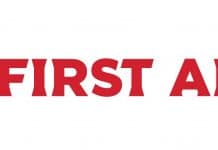 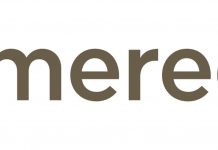 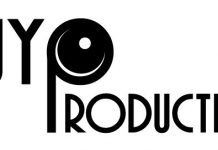