TORRANCE, California, Jan. 31, 2019 /PRNewswire-HISPANIC PR WIRE/ — With retail passenger car sales totaling 667,762 units in 2018, Honda was the retail best-selling passenger car brand in America in 2018 – a first in the brand’s 49-year history – according to just-released retail sales data from Urban Science. Leading the charge was the Honda Civic, which continues to dominate as the retail #1 car in America for the third straight year. Civic also led all cars and light trucks in share of all-important millennial, Gen Z and first-time new vehicle buyers1. 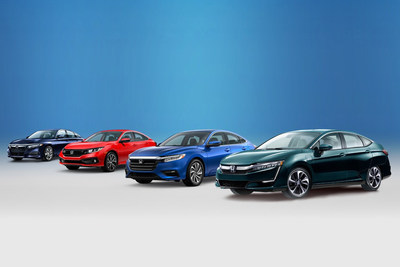 Accord also finished the year on a strong note, leading retail sales in the midsize car segment for the second half of 2018, while also joining Civic as the top two most popular models with first-time retail consumers, according to data from Strategic Vision.

“Passenger cars are a key part of Honda’s brand power and will remain an absolutely essential part of our business,” said Henio Arcangeli, Jr., senior vice president of the American Honda Automobile Division & general manager of the Honda brand. “The Honda Civic and Accord play an outsized role in attracting first-time buyers, young buyers and a growing population of multicultural consumers to Honda.”

Honda also set its fourth consecutive record year for light truck sales in 2018, with big gains from the Pilot, record sales of CR-V, and continued leadership by Odyssey as the retail #1 minivan in America, now nine years running.

Laying the Foundation for Honda’s Future
Passenger cars capture 55 percent of first-time car buyers, according to data from Strategic Vision’s New Vehicle Experience survey, and Honda captures the most first-time new vehicle buyers of any brand in America, spearheaded by Civic and Accord as the #1 and #2 vehicles in the industry among first-time buyers. Civic also has captured the most millennial buyers in every year since 2011, with Accord consistently in the top three among millennial buyers, while Civic also leads the industry in sales to Gen Z customers.

Further, demonstrating leadership among multi-cultural buyers, Civic was recently recognized by the National Association of Minority Automobile Dealers and IHS Markit for having the highest ethnic volume for the 2018 model year2, an award Honda has won for three straight years.

Honda loyalty also measures at the top of the industry, and that leadership in retention extends to millennial and multicultural buyers, helping Honda create a great opportunity to build lifetime customers for the brand.

About Honda
Honda offers a full line of reliable, fuel-efficient and fun-to-drive vehicles with advanced safety technologies sold through over 1,000 independent U.S. Honda dealers. The Honda includes the Fit, Civic, Insight, Accord and Clarity series passenger cars, along with the HR-V, CR-V and Pilot sport utility vehicles, the Ridgeline pickup and the Odyssey lineup minivan. 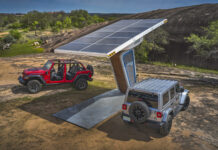 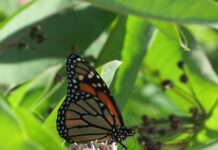 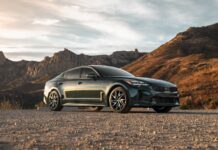 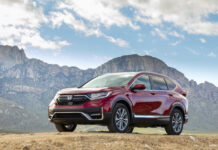 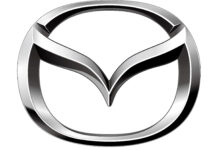