HARTFORD, Connecticut, Jan. 20, 2020 /PRNewswire-HISPANIC PR WIRE/ — The book Conociendo las Señales de los Tiempos was created by Juan García. Juan is an author who has studied theology, ancient history, and prophecies of the last days. He was born in the Dominican Republic and is interested in biblical prophecies. Today, he is an expert in prophetic matters. 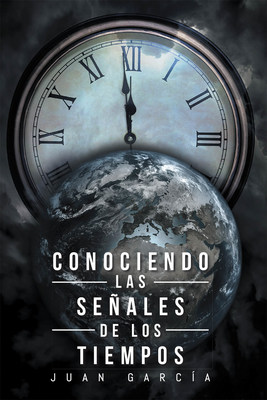 Juan García said this about his book: “After I finished writing this book, I had several visions during the night in which God has shown me several events that were about to happen in the world, especially in the United States of America. The Lord has told me that I must publish this book as soon as possible so the world will be prepared and can face the great events that will come. We should not be prolonging our preparation any longer. The end comes, and the prophecies are fulfilled every day before our eyes.

In the visions I received, terrible and other fantastic scenes were revealed to me, and these things that I saw have motivated me to write the next book in which I will discuss in detail what I saw. It was revealed to me when the time of grace for the world ends. When the judgment of the living began, I saw the small group that will stand before the crisis of anguish that awaits us, the time of Sunday law. I saw the little horn rise above others and make war. I saw the war that will come and other things that the Lord revealed to me.

Shortly after finishing this book; a prophecy was fulfilled that I had written here saying it would happen soon, and it was the closing of the federal government. I wanted to publish this book as soon as possible because God told me to do it. His word has to be fulfilled, and this is his word—what is written here. God revealed it to me through his Spirit, and he told me that his words are faithful and true. Hopefully, we can understand the time in which we live today. The time that awaits us, the Lord revealed to me—that for the month of April or May of this year (2019), an unprecedented crisis is coming, and we must be prepared. In the next book, I will talk in more detail about all these things. It is time to return to God; it is time to return home.

Peace be with you. SHALOM.”

Published by Page Publishing, Juan García’s new book Conociendo las Señales de los Tiempos will remind readers of the impending fulfillment of the Lord’s finality for the world as told by prophets of old and written in his Holy Word.

Consumers who wish to be enlightened with the divine plan for the salvation of souls during the end of time can purchase Conociendo las Señales de los Tiempos in any bookstore, or online at Apple iTunes, Amazon.com, Google Play, or Barnes and Noble.

Page Publishing is a traditional full-service publishing house that handles all of the intricacies involved in publishing its authors’ books, including distribution in the world’s largest retail outlets and royalty generation. Page Publishing knows that authors need to be free to create, not bogged down with complicated business issues like eBook conversion, establishing wholesale accounts, insurance, shipping, taxes, and the like. Its roster of authors can leave behind these tedious, complex, and time-consuming issues and focus on their passion: writing and creating. Learn more at www.pagepublishing.com.