WASHINGTON, April 30, 2015 /PRNewswire-HISPANIC PR WIRE/ — Young Latinos voices matter!   The National Latino Children’s Institute, a non-partisan, non-profit, tax exempt national organization, and stewards of El Dia de los Ninos, is launching a new dynamic website that will bring together a diverse group of organizations and individuals to draw attention to the issues important to children and young Latinos. This site is part of NLCI’s effort to highlight issues impacting young Latinos and to celebrate all children on NLCI’s El Dia de los Ninos on April 30th.

The Latino population explosion has dramatically changed the United States and is moving forward at lightning speed impacting the social, political, economic and cultural fabric of our nation.  The median age for Hispanics was 27.2 in 2010, the lowest of all groups, compared with 42.1 for the overall U.S. population.   23.2% of Hispanics are younger than 18 years of age, compared with 23.7% of the total U.S. population.  The growth of the young Latino population is coming from U.S. born Latinos according to Pew Hispanic Research Center and not immigration.  It is predicted that in the next 30 years Latinos will exceed 100 million and represent 33% of the U.S. population.

With the growing young Latino population, NLCI is transforming and will become the network center of communication on issues important to children and young Latinos.  The multimedia, interactive and dynamic website will be launched on April 30, 2015, during their traditional celebration of El Dia de los Ninos. “The website fills a void and creates an opportunity for the Latino community to build a powerful network by  joining with other children’s advocates, legislators, teachers, non-profit organizations and government officials to address issues and share information about young Latinos,” stated Rita Jaramillo, NLCI Board Chair.

The Pew Research Center states that Latinos over index in the use of social media, especially mobile devices.  According to the Pew Research Center’s Internet Project, 80% of U.S. Hispanic adults use social media, compared to 72% for the country overall, with 68% of U.S. Hispanic adults saying they used Facebook, Twitter or similar platforms, compared to 58% for the U.S. population.  The use of social media among young Latinos reflects on how our young population connects and shares information across our nation.  This will not change in the future and is expected to grow exponentially.

NLCI intends to draw the nation’s attention to the issues of young Latinos by interacting and sharing their challenges, thoughts and opinions about their future utilizing the NLCI website and social media.   “We want to capitalize on the high use of social media by Latinos and encourage young Latinos to advocate on their own behalf by using Blogs, Twitter, Facebook and other platforms to express their views,” said Jaramillo.

About the National Latino Children’s Institute

Founded in 1997 in Texas NLCI was formed in response to the projected growth within the Latino community and the dismal economic and socio economic indicators of the children.  For sixteen years, NLCI has worked to create a voice for Latino children and youth across the country. NLCI’s mission is to focus the nation’s attention on the contributions and challenges of young Latinos by advocating for their success and well-being through advocacy, partnerships and social media.

The organization carries out its mission by partnering with NLCI’s La Promesa Network, as well as local, regional and national organizations working to improve the lives of Latino children. NLCI’s history and expertise in reaching the Latino community incorporates the principles of their National Latino Children’s Agenda.

NLCI is supported through philanthropic funding, individual donors, government grants and partnerships.  The site will be an opportunity for funders to support NLCI, initiate relevant outreach campaigns, inform Latino families and youth and make donations to promote the future of young Latinos. For donations send to:  NLCI, 1112 East Buckeye Road, Phoenix, AZ 85034. 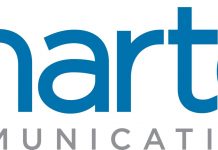 Colgate-Palmolive Launches hum by Colgate: The New Smart Electric Toothbrush that Guides Users to Brush Better and Get In Sync with Their Smile 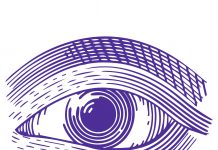 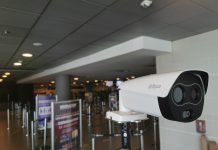