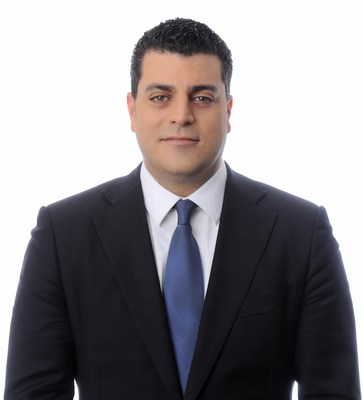 In this role, Ferrari will oversee finance, operations, corporate strategy and development to manage growth and profitability for NBCUniversal Telemundo Enterprises. Under his new responsibilities, Ferrari will support the company’s business units, including the broadcast and cable networks, digital, sports division, news division, international distribution groups, and corporate functions. He will also partner across NBCUniversal’s platforms to identify new opportunities in the marketplace.

“I am thrilled that Beau is joining our company at this extraordinary moment in our business,” said Conde. “He is a seasoned executive with a wide range of operating, strategic and financial skills who brings a wealth of experience and deep industry relationships to our company. His unique combination of traditional and digital media experience across multiple businesses will be a great addition to our leadership team and will further position our organization as an industry leader.”

Ferrari said, “I am excited to join a world-class company that has consistently demonstrated its commitment to win. With the support of the senior leadership at Comcast NBCUniversal, I look forward to the opportunity to work closely with Cesar and the senior leadership across the company to help build on their successes into the future.”

Ferrari held various senior leadership and operating roles during his eight years at Univision Communications. He was responsible for Univision Communications’ corporate development as Executive Vice President of Corporate Strategy and Development, and previously served as Executive Vice President of Operations. He was also integral to Univision’s acquisitions and investments in the digital space. During his tenure, Ferrari also served as the first CEO and General Manager of FUSION, the multiplatform joint venture with the Walt Disney Company, headed Univision Deportes and the launch of Univision’s sports network and served as Chief of Staff/Special Assistant to the CEO.

Prior to Ferrari joining Univision Communications, he was co-founder and partner at Royal Palm Capital Partners, a private equity investment and management firm. Ferrari began his career as an investment banker with Morgan Stanley & Co. in New York.

NBCUniversal Telemundo Enterprises encompasses TELEMUNDO, a Spanish-language television network reaching 94% of Hispanic TV households and featuring original scripted and non-scripted productions, theatrical motion pictures, specials, news and first-class sports events; Telemundo Studios, the leading producer of original Spanish-language primetime content in the U.S.; the Telemundo Station Group, reaching U.S. Hispanic viewers in 210 markets, through its 17 owned stations and 54 broadcast affiliates in the US and Puerto Rico; Universo, the fastest Spanish-language entertainment cable network in the U.S. bringing immersive original programming and the world’s top sports franchises to more than 40 million households; Telemundo International, the second largest distributor of Spanish-language content in the world, reaching more than 120 countries in over 40 languages; and its Digital Media unit, which creates and distributes original content across digital and emerging platforms including mobile devices, apps, www.telemundo.com and www.nbcuniverso.com, and operates Fluency Productions, the company’s multi-format, multi-platform production studio. NBCUniversal Telemundo Enterprises is a division of NBCUniversal, one of the world’s leading media and entertainment companies. NBCUniversal is a subsidiary of Comcast Corporation.