ORLANDO, Fla., Oct. 19, 2018 /PRNewswire-HISPANIC PR WIRE/ — On October 19 and 20, eight of the most important Colombian companies from the Agroindustry sector will meet in Orlando, Florida to participate in the PMA Fresh Summit 2018, one of the most important events in the fresh food industry of the Americas. 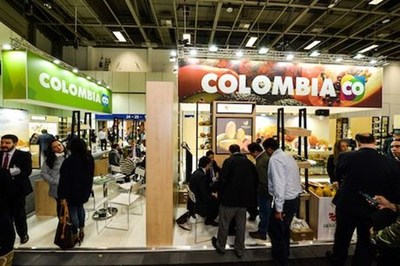 The companies that will be participating in the Colombian pavilion are: Ocati SA, Suagá Organic Herbs, Fresh and Natural, Novacampo, Corpohass. Global Organic, Frutireyes and Pacific Fruits.

Colombia reaches the summit with a strong footprint. It is emerging as the world’s largest food pantry by 2030. According to the Food and Agriculture Organization of the United Nations, by that date, food consumption will increase by 50% and Colombia will be one of the countries with the greatest agricultural potential in the world.

Soils of volcanic origin, expert human capital that lives in the countryside and that takes care of natural resources or that is in an area where there are no stations facilitating harvesting 365 days a year, are some of the main characteristics that make Colombia unique. These are some aspects that are highlighted in the new agroindustry promotional campaign called ‘Colombian food, origin that excites’, led by ProColombia.

The Hass avocado is presented for the first time in the PMA Fresh Summit, as a Colombian export product to the United States. It also highlights the enormous export potential of the exotic fruits of the South American country. The company Frutireyes, for example, exports 80% of the cape gooseberry that enters the United States. And this fruit is the main exotic crop that Colombia exports to that country.

According to Flavia Santoro, president of ProColombia, “From ProColombia, we work with our exporters to improve production processes and advance the positioning of products such as the Colombian avocado. Likewise, we continue promoting our cape gooseberry and facilitating our export methods, to be able to present Colombia in a short term, as the country of exotic fruits.”

More than 1,000 exhibitors from 60 countries and nearly 22,500 attendees will participate in the largest global meeting of fruits, vegetables and flowers sector of the Americas.