In her GT3 racing debut, Harrison became the first female overall race winner in SRO GT World Challenge history, driving the opening and closing stints.  In the first hour, Harrison made up six positions to gain the SRO lead, with co-driver McMurry maintaining their advantage through his hour-long stint. Harrison returned to the drivers’ seat for the final hour to complete the historic run, claiming both the overall and Pro/Am class wins.

The GT World Challenge America contest was a race within a race, with the finishing order for World Challenge cars determined by their position after three hours of the Indianapolis eight-hour SRO Intercontinental GT Challenge.  Following the Compass Racing duo to the three-hour finish was the Racers Edge Acura NSX GT3 Evo of Dakota Dickerson and Taylor Hagler, second in the Pro/Am class and third overall.

Following the conclusion of the GT World Challenge America portion of today’s race, McMurry and Harrison were joined by third driver Farnbacher, and the trio went on to the Silver Cup class victory – and sixth overall – despite contact from a Ferrari that sent McMurry off course less than 25 minutes from the finish.  McMurry fell to second in the resulting spin, but quickly recovered to finish second on track, with the trio awarded the class victory when the leading #26 Audi was penalized for entering a closed pit lane late in the race.

In the #93 Racers Edge Acura, Jacob Abel joined Dickerson and Hagler after the three-hour mark, and the trio went on to finish third in the Silver Cup class and eighth overall to complete a historic day for Acura and for the SRO championship, featuring a pair of talented women racers on the podium for both the Intercontinental GT Challenge and the GT World Challenge America.


Ashton Harrison (#77 Compass Racing Acura NSX GT3 Evo) 1st overall and Pro/Am GT World Challenge America; 1st in Silver Cup (and sixth overall) in Indianapolis 8 Hour [first female overall race winner in SRO World Challenge history]: “I’m just thankful for this opportunity, this is my first GT3 race and I’m so thankful to Acura, HPD and Harrison Contracting for their supporting me, and allowing me to do this.  It’s been great working with Compass, as coming from other series, they’ve been so helpful with this learning curve.  Thankfully, I’ve been here [at the IMS road course] before in smaller cars, but there was a definite learning curve with the increased aero and horsepower of the NSX.  But Acura and the HPD Academy have been great.  I’ve been working to put what I learned there into practice here this weekend.”

Jacob Abel (#93 Racers Edge Motorsports Acura NSX GT3 Evo) 2nd Pro/Am World Challenge America; 3rd Silver Cup, eighth overall, for the full eight-hour IGTC event: “Absolutely a good day for us. This was the first endurance race for pretty much everyone on our team so I think it was a really good one for us.  For me, personally, it was the longest I’ve ever been in a race car, think it was just under two and a half hours.  That was definitely exhausting, but we had some great pace.  We had some good luck, and some bad luck, and it all kind of balanced out.  In the end, I think if we could’ve gotten back on the lead lap, with the pace we had, we might’ve challenged for the win.  But all-in-all, we can’t complain at all.  To finish on the podium, in a field this deep, in our first endurance race, we’re definitely happy with that.”

Lee Niffenegger (Program Manager, Honda Performance Development): “Overall, it was an excellent weekend for our Acura NSX GT3 Evo teams here in Indianapolis.  The first overall GT World Challenge America win for a female racer – HPD Academy student Ashton Harris – and co-driver Dakota Dickerson.  And a one-three finish in the Silver Cup class for the full eight-hour race.  You can’t ask for a whole lot more it what turned out to be a wild endurance race.” 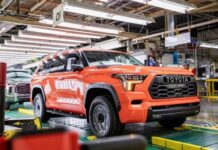 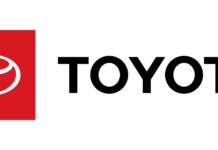 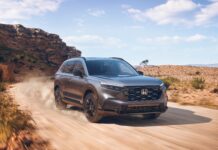 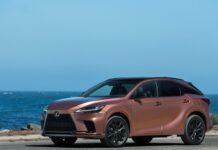 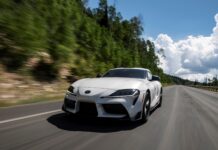