SANTA FE, N.M., Sept. 14, 2016 /PRNewswire-HISPANIC PR WIRE/ — In Fall of 2015, Washingtonian Dennis Garcia stood on his newly-acquired land in Chimayo, New Mexico. The bells of the fabled Santuario de Chimayo rang out, welcoming him home to the land of his ancestors. As he breathed in the languishing smells of the summer – fresh apples, peaches, and the poignant scent of the famed Chimayo Chile – he found something he had been traveling the world in search of. Fulfillment.

Garcia’s personal pilgrimage towards this moment began nearly a decade before and traversed the globe. By 40, he had accumulated all the accoutrements of a successful businessman in our nation’s capital… an alumni of the Harvard Business School, an award-winning historic home on the Potomac, a governor-appointed seat on the board of George Mason University, a designation among the 100 most influential Hispanics in The United States. But, the sale of his multimillion dollar defense contracting company had the unintended consequence of sparking a disinterest in it all.

“My life had become a never-ending circuit of DC high-society events. Even though I knew everyone in the room, and my life-long friends were surrounding me, I felt unattached. My spirit started aching for something more substantive than the next Black Tie gala, the next exclusive photo op with the latest up-and-coming politician, the next tee time with the country club set.”

Untethered from his corporate responsibilities in providing national security, the accompanying expectations of the DC social scene had become unbearably weighty. Garcia had been an All-American athlete in his youth — and his championship instincts never left him. Realizing that the main race of his life had changed from career competition to personal competition, he made a drastic decision to abandon it all and seek fulfillment in adventure.

“I trekked to the North and South poles. I climbed to the peaks of some of the world’s highest mountains… Mount Elbrus [in Russia] and Kilimanjaro [in Tanzania]. I went to South Sudan, at the end of its Civil War, right when that new nation was emerging…” He trails off for the moment, wading through some private remembrance, but recovers his focus and passion quickly. “There was still widespread massacres and torture plaguing the region, and we shot a short-form documentary to expose the conflicting religious and political agendas underlying the unrest.” He adds with a lighter air, “After that, I took some time and produced a feature-length film that premiered at SXSW in 2015. Excess Flesh.” He adds with a wink, “and, it’s not a porn.”

The junket of film fests for Excess Flesh led Garcia across Europe. He was fascinated by the architecture and art, and pleased with the audience and critical acclaim that the film met with. But, he still felt like that unattached wanderer among the DC society events, only now the party he found himself lost within was as wide as the world.

It was in the quiet of one of these nights, in the dark of one of the innumerable European hotels, that he remembered a story from his childhood, his mother telling of how their family had come from the Basque region of Spain. The story of his ancestors followed the Abeyta brothers, three devout Catholics, as they left their little village in Spain and traveled across the great ocean to Guatemala, the home of the Basilica of the Cristo Negro de Esquipulas, then up to Mexico, to regions known for veneration of the Cristo Negro de Esquipulas. From there, the brothers made their way to the Southwestern US, settling in the area of Chimayo, where Bernardo Abeyta founded the world-famous shrine to the Cross of the Esquipulas, the Santuario de Chimayo.

In that moment, the direction of Garcia’s life-race changed yet again. Calling him from the cramped cities of Europe, back to the Americas, to the great expanse of northern New Mexico. And, it was as such that soon Garcia found himself in the small village of Chimayo, standing on land he had bought, sight unseen, simply for its proximity to the Santuario and for the peace he finally felt when he first set foot on the land of his ancestors.

The almost mythological levels of belief in the miracle dirt enshrined in the Santuario parallels that of the Chimayo Chile. Today, only a handful of family farmers grow these uniquely piquant and fragrant peppers. “Chimayo Chile is part of the collective family histories of this region,” Garcia explains. “The very seeds we are using are the evolutionary descendants of the original chile seeds brought by the Spanish explorers in the 1600s.”

One cannot escape recognizing the personal implications of the history of these seeds on Garcia’s own genealogy. For over 400 years, the families here have carefully passed down these seeds and the heritage farming methods, from generation to generation. And, now Garcia has joined this tradition, being mentored by Mr. Jose Alfonso Martinez, the region’s oldest, most experienced living farmer of the Chimayo Chile. Under this tutelage, Garcia’s efforts to farm these incredibly rare peppers has evolved to include preservation of the legacy and integrity of this crop.

Garcia freely shared the first of his crop with family and friends, according to the tradition of the region. But, the bounty was excessive and wherever he went he was met with commercial demand. Within days of making his chile available for purchase, the crop sold out. The unexpectedly high demand for such a rare product spurred the idea of creating a Chimayo Chile-based sauce that could meet the growing demands of a nationwide market. And, thus, Tsimayo Hot Sauce was born.

Although Garcia’s crop is based on the true Chimayo Chile, he chose the name Tsimayo, recalling the Tewah Indians who cultivated the land prior to the arrival of those first Spanish explorers. According to legend, the Tewah believed the earth and mud of this region had heavenly properties, particularly the red obsidian, the ‘tsimayo’.

The idea of Chimayo land having heavenly attributes persists to this day. Garcia’s Chimayo Chile grows across from the Santuario de Chimayo. “Hundreds of thousands of pilgrims travel here each year, just to get a pinch of the miracle dirt that my ancestor found. Now, my chile grows in that very dirt. They embody the very miracles that draw people here, that inspired Bernardo, that inspired the Tewah before him,” Garcia says. To me, it is clear that Garcia has found his own miracle… one of belonging, one of his own roots, one that he can now share with the world.

Tsimayo Hot Sauce will be on shelves in 2017. 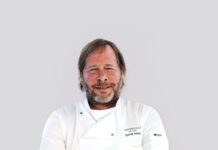 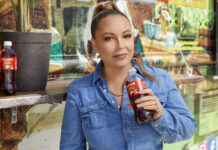 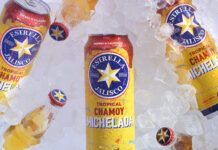 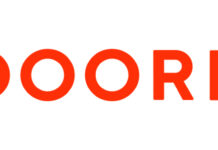